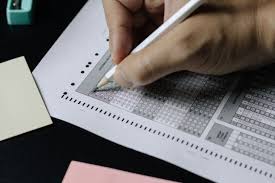 Radon is a natural byproduct of the decaying of uranium that is found in approximately 50% of homes in Colorado Springs. Radon is mostly found in gaseous form and is given off when uranium reaches a certain level of decomposition and becomes another element – radium – radium then further decays and gives off radon gas. Uranium is commonly found in the ground across many areas of Colorado, due to its geological formation over time.

Where Does Radon Come From?

Radon is a colorless, odorless gas that is found in the ground as uranium decays. Over time, this gas has become trapped in the homes of over 50% – in fact, it is closer to a stunning 73% – according to the EPA, of Coloradoans, who have built their homes on top of land filled with decomposing uranium.

Once released by the decaying uranium, radon makes its home inside the homes of residents.

Radon is usually found between basement walls and the foundation or makes its way into the home via cracks in the walls or the foundation. Drains and sump pumps are another popular entry point for radon – as radon is a gas, it will always seek the open air and unfortunately, many Coloradoans have built a home right in its pathway to the atmosphere. This means that the gas becomes trapped inside the home and rides the air currents circulating around the house.

Poorly sealed plumbing and crawl spaces are other hotspots of radon home entry. Another source for radon? Well, water. It is highly recommended that you get your well water regularly tested for radon.

What Areas Of Colorado Are Higher Risk?

Generally speaking, homes built in low-lying areas of Colorado will be at a higher risk of consuming high levels of radon, as the closer to ground-level you get, the closer to the decaying radium you get. Radon, and indeed all other trapped gases, seek only to escape into the atmosphere.

For example, the Pikes Peak area of Colorado contains high volumes of granite, which contains unusually high levels of uranium. However, uranium mining isn’t an option, as there isn’t enough to warrant the expense involved. As such, the uranium is left to sit and decompose, releasing radium into the atmosphere.

People who live in Colorado drink their water from deep, older wells, and often develop stomach cancers due to the consumption of water that radon particles have contaminated for years.

No, radon is most definitely not safe for anyone to consume in any large quantity. Approximately 50% of the homes in Colorado contain higher levels of radon than the ‘recommended’ EPA standard of 4 picocuries/liter of air. Most homes in Colorado contain 6 picocuries per liter of air – that is roughly the equivalent of 200 chest x-rays for each member of the household, every week.

Unfortunately, radon poisoning and subsequent lung cancer development claim the lives of 20,000 Americans each year. During Colorado’s colder winter, the capacity of radon gasses to do some serious harm reaches an all-time high, as windows and doors are shut tight to stop the cold air from ripping through the homes. Unfortunately, this also traps radon inside the home, increasing the risk of greater consumption of harmful radiation.

What Can Be Done About Radon In The Home?

In general, the best thing you can do for radon in your home gives it somewhere to go that isn’t your home. In the summer months, make sure that your home is well ventilated. And try and spend as much time as you can outside in the winter – being out of the reach of harmful radiation and in the fresh, wintry, Colorado air is your best weapon.

Unfortunately, there’s very little that can be done about the radon problem in Colorado on the whole, as the entire state, in various parts, sits on what are essentially beds of radon. However, there are several options for individual homeowners.

The first option is to get your home tested for radon. This can be done by purchasing a radon testing kit from the Colorado Department of Health. Radon can be tested for by yourself, though it is highly recommended that you allow a professional to do this testing. They will test the lowest level of your home for concentrations of the gas. There are two types of testing kits for radon – short-term testing, lasting 3-5 days, and long-term testing, lasting from three months to a year. Each of these types has different price points.

The threshold for action on radon in your home, set by the EPA is 4 pCi/l – that is 4 picocuries/liter of air. If your results are under that threshold, the EPA recommends that you take no immediate action, except perhaps to get a second long-term test. However, if tests prove that your home contains 4 pCi/L or higher, it is highly recommended by the EPA and Public Health that you move towards mitigation efforts.

What Can You Do About Radon?

If you live in Colorado Springs, the first thing you should do is get a radon test kit.

Using the kit is simple; all you do is put the sampler in the lowest possible livable space of your home. It reacts to radon, and the third-party lab will process the charcoal test to determine how much radon is in your home based on the air sample collected.

If your radon test comes back at or above 4.0 pCi/L, the EPA recommends that you have a radon professional install a radon mitigation system in your Colorado Springs home. These systems can reduce the radon levels in your home by up to 99 percent, reducing your lung cancer risk and making buyers feel more secure about their purchase.

The system includes piping and a radon fan to mitigate the gas from the soil underneath the home. This is not a “do-it-yourself” kind of home renovation! Without a proper pipe system to release the gas, the radon won’t be rerouted and dispersed correctly.

How do I know my Dysons V6 battery needs replacing

The Pre-purchase Inspection:How to Uncover Unseen Issues When Buying a Used...

3 Tips for Getting the Most Out of Your Hideaway Desk...