Whenever you are interested in investing, finance, business, or any other area, it will be important to know about how world events affect them. The reason it is important is that there is no isolation within the financial sector or the stocks involved such as pump and dump stocks.

When one stock market gets affected, the others will follow suit. But what type of world events can affect the world´s stock markets? Below are a few that can have a direct effect.

When an unexpected and sudden disaster occurs, the effect will cause a huge instability of the stock markets. These disasters can include earthquakes, tsunamis, hurricanes, or tornados. Regardless of the disaster, they can cause a significant amount of damage to infrastructure and ultimately the economy and the stock market.

Having a worldwide disease spread can also cause world stock markets to plummet. With the fear of continued spread, there remains a fear that the stock markets can continue to be affected in some way.

This fear will usually begin where the outbreak began and that country’s market will be hit the hardest. The stock market may experience billions of dollars in losses, which could cause a government to stabilize the market by purchasing stock.

As the disease spreads, other nations will begin to feel the financial pain in their own markets. When a widespread disease becomes a pandemic, the financial markets may feel a drop that could easily cripple a nation.

War or Conflict Between Nations

When a nation goes through war or conflict, it will affect the stock markets of that nation. No matter what type of war or its duration, the effect may have a lasting negative impact on the market.

A nation going through civil hostilities can have a devastating effect on the stock markets and not just on the nation itself. By having a mass amount of protests occurring, that means nobody is at work and doing their jobs.

When nobody is working, the company stocks could drop in value. When social uncertainty takes place, the stock markets could also have dips occur. Regardless of what the civil hostility stems from, stock markets such as the Dow Jones Industrial Average, NASDAQ, and S & P 500 could see a drop in stocks of a nation going through civil hostilities.

If a civil hostility is on a national level, then the government may have their markets closed for a brief period of time. Depending on how bad the markets get affected, the market´s partners may also be affected.

Having a world event occur, like a war, civil hostilities, or disaster occurring naturally and without anyone knowing, can have a crushing effect on the stocks investors love investing in.

Having a negative result can end in a catastrophic effect on a nation´s economy. This could also mean that a nation will need a significant amount of time to recover financially and reverse all damage that the event caused. On top of that, there will be a great deal of unpredictability that will be present following a world event. Ultimately, the nation´s currency may be hit hard.

Although there is no planning for a world event, traders and investors who are knowledgeable about how they impact a market, are able to act accordingly as compared to others who have no clue of what is going on in the world. With many changes possible with the value of currencies, it is important that you remain aware of what the financial news is reporting when you decide to invest in any stock market.

Remaining ahead of the game and staying on top of events that can affect financial markets can help investors plan ahead of time. The investor will then be able to foresee a change in their investments and adjust accordingly. With an understanding of the interactions of economies and world events, it is possible to achieve success while investing. 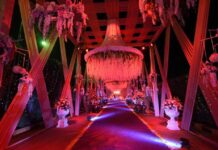