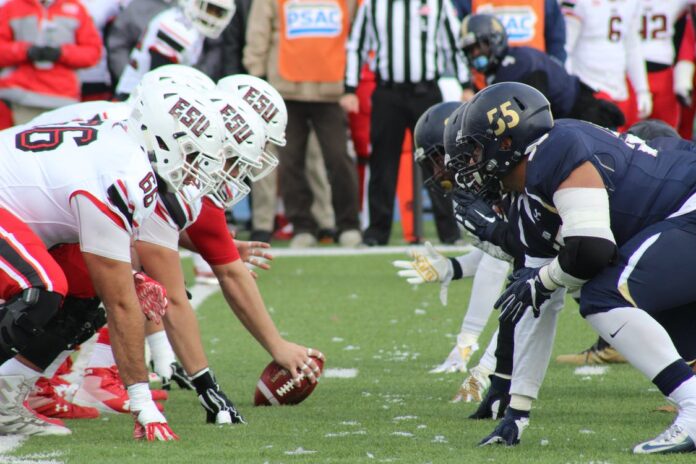 We’re not all that far away from the return of college football, and we have to say, we’re pretty excited. This is the 152nd season of the illustrious competition, and this year promises to be just as fun, exciting, and unpredictable as ever. The postseason and all the glory that it promises will get underway on December 18th, but before then, we’ve got three months of football to get through. In this blog, we’re going to run through some of the key elements you can expect from the forthcoming season.

College football can be a lot of fun to watch on its own merit, but let’s be real for a second — which teams come out on top does matter. At a national level, you can expect many of the traditional big hitters to have their eyes on glory. The Crimson Tide of Alabama will be hopeful that they can go the distance, especially since they can still call upon the services of Bryce Young. Ohio State, Notre Dame, and Clemson will have ideas of their own, however.

At a regional level, there’ll be a handful of teams looking to win back-to-back championships during the 2021 campaign. At the top of that list will be the Ball State Cardinals who, at the time of writing, are favorites to win the MAC conference. They defeated the Buffalo Bulls in the 2020 MAC championship game and, given they’ve retained the bulk of the team that played in that game, will be hopeful that they can add another trophy to their cabinet this season.

We mentioned earlier how Alabama, Ohio, Notre Dame, and Clemson would hope that they can go far. But then again, those teams always go far, so there’s not all that much of a surprise there. What about the teams who might just turn out to be a surprise package? In that category, we can find Cincinnati. They had a great 2020, especially the latter half, where they seemed to build momentum. There’s nothing to suggest that they won’t continue on that train this time around. They’ve still got Desmond Ridder, their star quarterback, while nothing has changed with their defence, which was extremely resolute last year. If they can click into gear quickly, they might go a lot further than they have in recent years.

Oh, The Big 12. It’s been many a year when there’s been so much uncertainty surrounding the division. While it’ll surely see out this year, the future of the Big 12 is deeply uncertain, and that could impact how things fare this time out. What began as the Big 12 is now down to the Big 8 (though the original name remains) since Oklahoma and Texas decided to defect. This year, we’ll witness something change. It could be that this is the last Big 12 season or that the league uses its weight and poaches teams from other leagues. An alliance and merger with other strong leagues is also not out of the question.

Finally, there’s a big change that doesn’t have a direct connection to the action on the field but which will impact the season. After years of debate, the NCAA has finally allowed college football players to make money from their names, images, or likeness, which will open the floodgates for a raft of sponsorship deals. How, or if this will have any impact on anything else remains to be seen. But it seems likely that it’ll be a continued source of conversation over the next few months. Or, if nothing else, you’ll likely find that you see college players in more places than you usually would (advertisements, for example).

There’s always a surprise or two (or more) thrown up during the college football season, and we’re reasonably confident that’ll happen again this year. We’ll just have to tune in on August 28th and see which of our predictions came true!