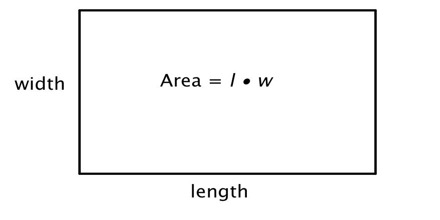 Geometry is the specialized branch of mathematics that uses diagrams and figures to do what other mathematics streams do with numbers and notations. In the world of geometry, different shapes are studied. In this article we will study about rectangles and area of rectangle formula.

Among the many different kinds of shapes possible, one way to categorize them is shapes made of straight lines and shapes made of curved lines. An example of a shape with a curved line would be a circle and parabola, and examples of figures with straight lines would be triangles or rectangles. It is also possible to categorize figures into closed shapes or open shapes. For example, the circle is a closed figure, while a parabola has an open shape.

Among the shapes which are closed and made of straight lines, the triangle is the first in the family, which has the least number of lines. One needs to have at least three lines to have a closed shape with straight lines. After the triangle, we have shapes made of four, five, six lines and so on. The shape can be regular or irregular in each category, which means if the geometric shape is made of lines of equal length, then the shape is usually regular.

Else if the different lines are of different lengths, then the geometric shape is irregular. Among the regular category comes a very often found and studied shape of a square formed by four equal lines, and each adjacent line is perpendicular to each other. The closest cousin of the square is a rectangle with four lines and adjacent lines perpendicular to each other, just like a square. However, unlike a square, the adjacent sides are not of equal length in a rectangle while the opposite sides are still equal, just like in a square. To know more about the properties of a rectangle visit website.

Rectangle as a shape is commonly used in day-to-day life and, more often than not, making the building blocks. Bricks are often rectangular in shape, and perhaps it is no surprise that the shape of buildings and rooms is rectangular.

It is not uncommon to see a rectangle-shaped swimming pool or any sports arena like a tennis court is rectangular in shape. In present times, almost all mobile phones are rectangular in shape, so we can conclude that their specific shape has specific properties, making it useful to be used across so many applications.

One of the rectangle’s useful properties as a shape is that it has got a very simple shape, and the way to find the area of a rectangle or perimeter of a rectangle is quite easy. As we discussed, that rectangle has four sides in which adjacent sides are perpendicular to each other and are unequal, and the opposite sides are equal.

The ability to calculate a rectangle area easily makes it easier in day-to-day life to do many household activities. For example, when painting a rectangular wall, one would need to calculate the wall area to know how much amount of paint would be needed. For more practice on how to calculate the area of a rectangle students can refer to Cuemath website and download relevant rectangle worksheets for their practice. 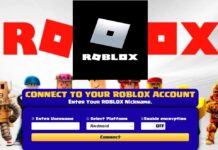 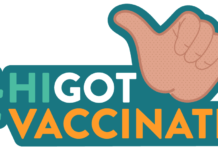 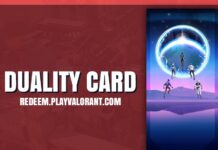 Bring Your Business to Life: 5 Benefits of Hiring a Corporate...