33% of American adults have used CBD once or more in their lives?

CBD oil is all the rage right now, but it can be hard to figure out what’s good and what’s not. With so many products on the market, how do you know which one is right for you?

Well, don’t worry. Keep reading to find out exactly what is CBDV, the properties of CBDV, the benefits, and the risk associated with taking it.

CBDV is a cannabinoid that you can find in the cannabis plant. Unlike THC, CBDV does not produce psychoactive effects. Instead, it is known for its potential therapeutic benefits.

CBDV is effective in treating epilepsy and other seizure disorders. It is also being studied for its potential to treat other conditions, such as anxiety, pain, and inflammation.

If you are considering using CBDV for its potential health benefits, it is important to talk to your doctor first. CBDV is not currently regulated by the FDA, so there is no guarantee of its safety or efficacy.

Now that we know a little bit more about what CBDV is, let’s take a look at some of the potential benefits of this cannabinoid. They include:

CBDV is effective in treating epilepsy and other seizure disorders. In one study, CBDV was found to significantly reduce seizure activity in children with Dravet Syndrome, a rare and severe form of epilepsy.

CBDV may also be effective in treating anxiety. CBDV can reduce anxiety in rats. CBDV works by interacting with the body’s endocannabinoid system, which regulates mood and anxiety.

CBDV may also be helpful in treating pain. CBDV is a non-psychoactive compound that you can find in cannabis, and it interacts with the body’s endocannabinoid system. Endocannabinoids are molecules that help to regulate various functions in the body, including pain perception.

CBDV has anti-inflammatory properties, and it may be effective in treating conditions characterized by inflammation, such as Crohn’s disease and arthritis. In one study, CBDV was found to decrease inflammation in mice with Crohn’s disease.

In another study, CBDV was found to relieve symptoms of arthritis in rats. These studies suggest that CBDV may be a promising treatment for inflammatory disorders.

Side Effects of CBDV?

It is important to note that CBDV is not currently regulated by the FDA, so there is no guarantee of its safety or efficacy. As with any new treatment, it is always best to talk to your doctor before starting CBDV.

If you’d like to try CBDV, check out this CBDV balm.

What is CBDV? Well, now you know! CBDV is still a relatively new cannabinoid, but it’s quickly gaining traction for its potential therapeutic benefits.

Want to learn more? Check out our blog for more articles like this. 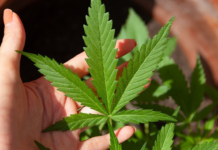 Delta 8 Gummies In 2023: 5 Of the Strongest Gummies You Should Know 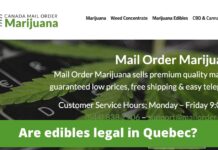 Are edibles legal in Quebec? 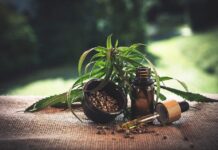