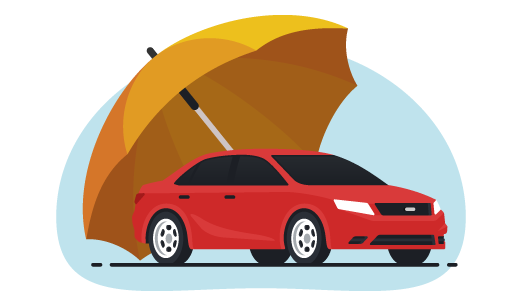 When you need car insurance, you’ll notice that there are a lot of factors that go into it. Prices can escalate quickly due to certain factors, and as a result, you want to be prepared. The coverage amount that you wish to will play a factor as well. While the average minimum in Nevada is one thousand dollars, the average can go up to thirteen hundred or even twenty-six hundred for the highest rate. So what makes the cost so high?

We have the best information that you see when you need to know the ins and outs of Nevada car insurance.

The Make And Model Matter

While this may surprise you, the make and model of your car contribute heavily to how much your insurance will cost. For example, a Dodge and Chevrolet will cost you thirteen hundred, while a BMW is eighteen hundred. Acura’s and Audi’s are fifteen and sixteen hundred respectively, while the cheapest cost would be the GMC or a Ford at twelve hundred. That puts things into a better perspective.

Most people know that the insurance will go up when you buy a fancier car, but it makes a significant difference for people who don’t. It will, of course, depend on your preferences, but if you don’t want to pay a premium that high, you might want to consider a different model.

Nevada Car Insurance Will Change Depending On DUIs

Nevada car insurance has an average insurance rate of just thirteen hundred dollars. That price will change, however, if you have had DUIs. Driving under the influence is a severe offense in Nevada. Because they have implied consent and open container laws to prevent people from driving, unfortunately, people still do things like this even though it could kill them or others.

You can expect your insurance rate to skyrocket by at least five hundred dollars when you do this. Most don’t realize that, as many believe it will only rise on a trim level. However, as you will see below, that is not the case. For example, if you live in Las Vegas and have a DUI, you can see your insurance rise to almost nineteen hundred dollars on the low end and thirty-five hundred on the high end. If you live in the Henderson area, you can expect your rates to be twenty-five hundred.

The cheapest cities are Cason City and Virginia City. The rates will fall at almost nineteen hundred for the former and just over that mark for the latter. These prices are on a pretty severe level, and they can be easily avoided if you don’t drive after drinking.

Have You Been In An Accident?

The premium will also increase after you have been in an accident. The factors depend on various areas first—for instance, the magnitude of the damage caused in the accident. If you were in an accident that caused severe injuries and property damage, you should know that your premium can double or sometimes triple.

An example of the rise in prices after one or two accidents is to look at these cities. In Reno, the cost of Nevada car insurance will start at around eleven hundred dollars. After one accident, you will pay just over thirteen hundred, and after two, you will be spending just over two thousand dollars.

Another example is Elko. You will start paying a thousand dollars before rising to over twelve hundred after one accident and almost nineteen hundred after two. As you can see, the more accidents you get into, the more the price will rise.

Be Aware Of The Price Rises

When looking at Nevada Car Insurance, these are essential factors to keep in mind as they will genuinely affect your wallet. Times are getting much harder, and as a result, you don’t need your premium rising. Knowing what can make those prices skyrocket is a great way to help you avoid those issues to ensure that your costs stay lower.

When you can utilize the examples that we have given here, you’ll ensure that you keep your premiums at a price you can handle so you don’t go into debt on something you desperately need.