It’s a general notion to consider Artificial Intelligence (AI) a monolithic concept. However, it’s not what you think! AI has several types, three to be precise. AI specialists have a knee-deep knowledge of the types of AI. They even get hands-on experiences before launching an AI career in the industry. And it will be better to have a concrete understanding of all these aspects to master Artificial Intelligence.

You have come to the ideal place; if you’re concerned, you will likely get questions related to the types of AI in an interview. So, it’s better to build your concept during the initial days of learning about AI. The major challenge is how to start your journey? Below is your ultimate resource on AI fundamentals, primarily the types of technology.

So, you can proceed to advanced AI learning after clearing your basics by reading this article. Also, you will find the curriculum and modules of an AI course simple and relatable after scanning through this post.

From a broad perspective, AI (artificial intelligence) signifies that systems, machines, or robots perform jobs or tasks by replicating human intelligence and collecting feedback to improve itself, depending on the insights. AI comes in several types and dimensions. Here are some of the classic examples:

AI is an in-depth concept around the process and the ability to understand and analyze data with superhuman intelligence than it is about any specific structure or purpose. Although ideas of high-functioning, human-like robots taking over the globe conjure up images of AI taking over the world, AI is not intended to do so. Its goal is to boost human skills and contributions significantly.

The three types of AI:

We have already introduced you to Artificial Intelligence! Now, let’s dive deeper and understand the three types of AI prevalent in the industry.

All artificial intelligence systems, real and hypothetical, fit into one of three categories based on these characteristics:

Artificial narrow intelligence (ANI), sometimes known as weak AI or narrow AI, is the only type of AI that has been effectively realized so far. Narrow AI is goal-oriented, designed to accomplish single tasks – speech recognition, facial recognition, car driving, voice assistants, or surfing the internet – and is highly competent at fulfilling the objective.

While these computers appear intelligent, they are constrained by constraints and limits, so weak AI is used to describe them. Narrow AI does not attempt to copy or replicate human intelligence; instead, it replicates human behavior using a limited set of characteristics and circumstances.

In the recent decade, advances in machine learning and deep learning have fueled significant discoveries in narrow AI. AI systems, for example, are now being utilized in medicine to diagnose cancer and other diseases with a high degree of accuracy by replicating human-like cognition and reasoning.

The top instances of narrow AI are:

Artificial superintelligence or ASI is a hypothetical AI that does more than mimic or understands human behavior, emotions, and intelligence; ASI is when computers become self-aware and exceed human capabilities and intelligence.

Superintelligence has long been the theme of dystopian science fiction, in which machines overrun, overturn, and enslave humanity. Artificial superintelligence is the concept that artificial intelligence will evolve to be so comparable to human emotions and experiences that it will understand them and generate feelings, wants, beliefs, and objectives.

In addition to recreating human intelligence, ASI would theoretically be superior at everything we do, including arithmetic, science, athletics, art, medicine, hobbies, emotional ties, etc. ASI would have more significant memory and be quicker at processing and interpreting information and stimuli. As a result, superintelligent species would have far superior decision-making and problem-solving abilities than humans.

Artificial general intelligence or AGI, often known as strong AI or deep AI, refers to the concept of a system or machine with general intelligence that can learn and apply its intellect to solve any problem. In every given context, AGI can think, understand, and act in a manner that is indistinguishable from that of a human.

Strong AI has yet to be well-excavated by AI scientists and researchers. They’d have to figure out a way to design-conscious machines and program them with a complete set of cognitive abilities to succeed. Experiential learning would have to be taken to the next level by devices capable of leveraging experiential knowledge to a broader range of scenarios rather than just enhancing efficiency on single tasks.

Strong AI employs a theory of mind AI framework, which refers to the ability to discern other intelligent creatures’ needs, emotions, beliefs, and mental processes. It’s not about replication or simulation when it comes to the theory of mind AI; it’s about teaching machines to understand people properly.

Artificial Intelligence is one of the mind-boggling technologies undergoing extensive research. Among the three types of AI, scientists explore and excavate the superintelligent models. It’s the ripest time to learn AI, get hands-on, and start working as a specialist in the industry. 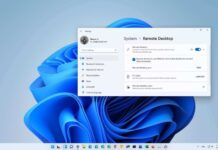 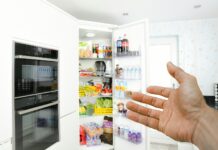