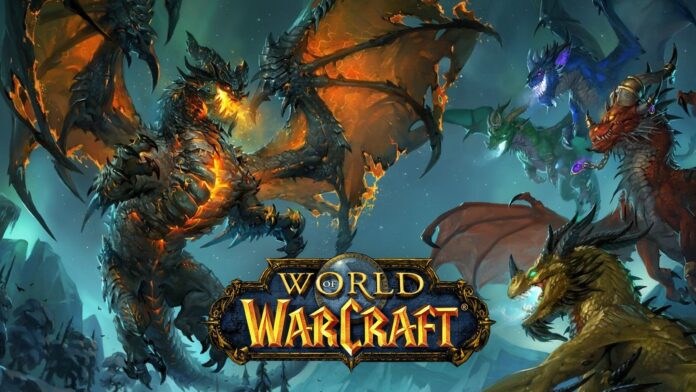 On November 23, 2004, World of Warcraft ushered in its first release. In the blink of an eye, everything at Azeroth has gone through 18 years of brilliance.

If you’re a big fan of WoW, you know that every year Blizzard hosts an anniversary event in November. This year is certainly no exception. However, due to WoW’s new expansion, Dragonflight, will officially meet you on November 28, so Blizzard Entertainment celebrated WoW’s 18th anniversary event earlier this year.

By the way, if you prepare enough WoW 10.0 Gold in advance, you can easily get the new gear or armour you want in WoW’s 18th anniversary event. If you are lack of gold, please click at IGGM.com.

Next, I will give a detailed introduction to the not-to-be-missed aspects of this anniversary event.

Although WoW has a history of 18 years, different bosses are actually released every year. Some of these bosses are notoriously difficult to beat, but players still love them. Therefore, Blizzard also took advantage of this 18th anniversary event to bring back some iconic bosses.

Before challenging these classic bosses, first make sure to get above level 30. It doesn’t matter if you haven’t reached level 30, you can buy cheap WOW 10.0 Gold a lot to help you level up faster. Once you meet the level requirement, you can challenge Lord Kazzak, Azuregos, Dragons of Nightmare (one of the four) and Doomwalker every day. If you defeat the first three bosses, you’ll have a chance to get some gear as well as Timewarped Badges. If you defeat the Doomwalker, you’ll get Timewarped Badges and a chance to pick up the Illdari Doomhawk mount and a Doomwalker trophy stand dropped from the Doomwalker.

You can unlock the WoW eighteenth anniversary achievement if you log in during the anniversary event. At the same time, you will receive a free anniversary gift package in your mailbox. Here are the free loots in the package:

2. An ‘Invitation from the Timewalkers’. It will start a quest ‘A Timely Invitation’ leading you to Chromie in the Caverns of Time.

4. A Celebration Package item. It can increase experience and reputation gains by 18% that matches the Anniversary. This buff lasts until the event ends.

Historian Llore and historian Ju’pa are also among the Caverns of Time. You can go to them every day to pick up a small quest. The main task is to answer questions. They reward you with 5 Timewarped Badge as long as you get one question right.

You can use your accumulated Timewarped badges to buy items from Historian Ma’di. From Maddy, you can buy fun cosmetics, a corgi battle pet and even get past anniversary rewards from him.

On top of that, you can throw an annual party at the Caverns of Time. You can either choose to dance the night away or play Khadgar-ball soccer with your friends.