Down Syndrome, Cancer, OTC, etc are some serious medical problems that we hear about almost very frequently in the 21st century. But have you wondered how such diseases which used to be alien in the medical field due to lack of knowledge, have now so many research papers written about them, how? What resulted in this breakthrough? Let’s go through the same with the book, The Gene by Siddhartha Mukherjee.

By the 1960s, for example, doctors could diagnose if a baby had a certain genetic syndrome in utero, that is, during gestation (before a child is born). However, other genetic diseases aren’t so simple to identify. But this challenge was also sought to be countered to a great extent by the 2000s. The goal of this project was to sequence the entire human genome essentially drawing a map of the more than 20,000 genes that make up human DNA!

SCOPE OF REVOLUTIONIZING THE HEALTHCARE INDUSTRY

Diseases like Cancer are difficult to pinpoint. For diseases such as cancer, a genetic diagnosis is only possible by reviewing a patient’s complete genome. But Gene therapy and gene manipulation have proved to have some promising health applications.

As we read in The Gene, scientists are exploring ways to insert genes into a sick patient to alleviate the symptoms of a disease.OTC deficiency could lead to excessive levels of ammonia in the blood, putting a person in a coma. Doctors now can insert a healthy version of the malfunctioning gene that works to create OTC in a patient, effectively curing the disease.

Gene therapy dates back to the 1980s when it was aimed to smuggle the desired genes through a virus in a living host. But it is always fatal to rely on viruses for the job as it can be quite dangerous if went otherwise.

So as per The Gene, another method of stem cells which is also full of genetic potential was also being started adopting. These amazing cells can regenerate or be transformed into any other type of cell in the body. Scientists can use stem cells even to manipulate genes to build an organism from scratch.

The process involves extracting stem cells from a living organism, isolating the cells’ DNA, and then manipulating the genes. Through this, scientists can produce genetically modified animals. The most amazing example is of producing a mouse that glows under blue light which involved extracting stem cell from rodents and placing it in the jellyfish gene in the cell. The stem cells were then mixed with embryonic cells and inserted into the womb of a female mouse, gave birth to this miracle!

We can see the limitless possibilities offered by Genes manipulation and from the process of diagnosis to creating new lives like that of the example we just discussed. Advances in genetics will make it possible to diagnose more diseases. In fact, as genome sequencing progresses, even the most complicated illnesses could become diagnosable and even curable.

Hence, understanding gene therapy and manipulation through The Gene in the 21st century are of utmost importance. But, what question it leaves us with is, that if the diagnosis is possible in the fetus only, should the child who might suffer be born or not, who has the right to decide that? Also how long we await the ultimate cure? One answer is sure though, genetic study positively will show the way.

What Are The Expected Consequences Of Eating Heavy Food On The Body? 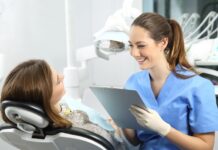 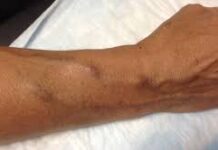 What happens if you miss a vein while injecting

What Are The Expected Consequences Of Eating Heavy Food On The...

What is Bitcoin Leverage Trading?