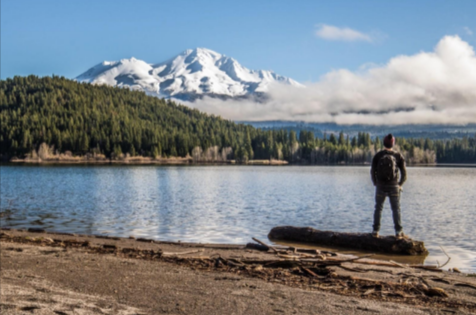 Located in Northern California, Mount Shasta is an intriguing outdoor destination. Tourists come in droves to camp in the national forest, climb the massive snow-covered stratovolcano, or enjoy the famous Shasha Rivers.

Mount Shasta straddles the territories of Wintu, Atsugewi Achumawi, and Modoc tribes. It’s no surprise that dozens of Native American stories and legends surround this exciting tourist spot, adding to its allure and mystery. Native Americans regard the mountain as the sacred center of the Universe. Legend has it that Mount Shasta is the “home of the creator”.

Here are some top reasons to visit Mount Shasta:

According to the Mount Shasta Chamber of Commerce, this mountain pulls in about 26,000 visitors each year. People come there for healing, spiritual growth, understanding, and more. Some visit Mount Shasta to figure out their life purpose, while others come just to feel the energy.

One of the legends surrounding Mount Shasta Spiritual states that a businessman named Guy Ballard encountered a mysterious figure while hiking on the mountainside in 1930. He claimed that the mysterious figure introduced himself as one of the “ascended masters”. Ballad further contended that this particular ascended master took him on a cosmic through time and space and passed on his teachings.

Ballard and his wife Edna soon started a religious movement called the “I AM ACTIVITY”, a blend of Theosophy, Christianity, and nationalism. Though the group has fallen into obscurity, the ideologies of the ‘I AM Activity’ are still strong in Mount Shasta. Visitors learn about the group’s spiritual beliefs at the I AM Reading Room in town.

Another legend of Mount Shasta is that of Telos. According to NPR, Telos is a crystal city inside the mountain. Locals believe that higher dimensional beings called Lemurians inhabit Telos. Today, some locals still believe the saucer-shaped lenticular clouds often seen at the summit of Mount Shasta is the work of Lemurians to camouflage alien cargo ships docking at Telos. Mount Shasta is regarded as the top location for modern spiritual seekers with all these myths and legends—just like the Greeks had Olympus.

Home to meadows, steaming fumaroles, wildflowers, and mountain hikes, Lassen Park is a sight to behold. However, the park’s dominant feature is the Lassen Peak, the largest dome volcano in the world. The volcano erupted in 1915 and is one of the few areas in the world where you can find all the four volcano types—cinder cone, plug dome, shield, and strato. Its jagged peaks are evidence of its eruptive past while the surrounding area churns hot springs.

Lassen Peak is the only volcano in the Cascades apart from Mount St. Helens in Washington state, which erupted in the twentieth century.

McCloud Waterfalls Trail is a heavily trafficked out trail located near Mc Cloud. Running as long as 5.8 kilometers, McCloud offers several activity options and is open to tourists year-round. There’s an enchanting waterfall, and all skills level can explore it. The Upper McCloud flows steadily all year through a basalt canyon lined with Black oak, white fir, and vine maple. The middle Falls trail is less than a mile from Fowler Campground, while the Lower Falls spill into an enchanting swimming hole. There you have a fantastic shelf for sunbathing and a swimming area.

This trail is perfect for all skill levels and offers three waterfalls and panoramic views. During the summer, tourists enjoy inviting water swimming holes and a water slide. If you can’t complete the hike, there are three overlooks with an intriguing view of the waterfall. Each overlook has a picnic area, parking area, and restrooms. You can also explore the Heritage Junction Museum to learn more about the town’s history.

A paradise at the north end of Shasta Lake, this series of natural limestone caves reveals an underground world of about 250 million years. Whats’ more? You can only access the caverns via boat rides across the sparkling Shasta lake. A scenic bus ride up the mountain grade then takes you to the cavern entrance.

Lake Shasta Caverns became open to the public in 1964 and offers tours year-round. There are about 600 stairs to access various parts of the labyrinth, including hushed forests, safe to explore volcanoes, and trout-filled rivers. Year-round, areas close to the caverns are hubs for blue-ribbon fishing, countless campgrounds, houseboats anchored in incredible lakes. There are also inviting trails for mountain riding and hiking.

This unique world of exquisite rock formations is an alluring and mysterious reason to see Mount Shasta.

Whether you’re looking to paddle, fish, or relax in a serene environment, Whiskey Lake crystal-clear ways maybe your next adventure destination. The 42,000-acre National Recreation Area offers rugged mountains for hiking and the opportunity to explore California Rush history.

Located at the site of one of Shasta Count’s first Gold Rush communities, Whiskeytown is said to be about ‘miners drinking a barrel of whiskey per day.’ Besides being a popular recreation destination, the lake helps with irrigation, flood control, and hydroelectric power.

Whiskeytown is perfect for horse riders, hikers, mountain bikers, and trail runners. During the summer, a mountain-lake swim in the clear waters is enticing. And with more than 36 miles of shoreline, you have plenty of space for sunbathing and sandy picnics.

Named after pioneer settler Samuel Burney, Burney Falls is a world of wonders for nature lovers. The magnificent waterfall is the headliner of the McArthur-Burney Falls Memorial Park. Burney Creek flows to Lake Britton, expanding along the way to the majestic falls. The spring-fed Burney Creek tumble off the basalt cliffs, splitting into two major sections as it falls.

Burney Falls Memorial Park sits between the Cascade Range and Modoc Plateau natural region. It offers five miles of hiking trails winding through the park’s evergreen forests. Many notable people have celebrated the breathtaking scenery offered by Burney falls, including President Theodore Roosevelt, who referred to it as “the 8th wonder of the world”.

Whether you’re a spiritual seeker, nature lover, or in need of adventure, Mount Shasta has a lot to offer. This mountain of many legends and potentially active volcanoes is rich in history. Mount Shasta is a hub of outdoor recreation and leisure and is surrounded by exciting landmarks and famous tourist attractions. 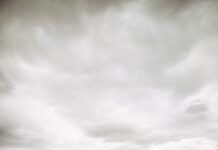 Why Zion Campsites are Among the Best in the World 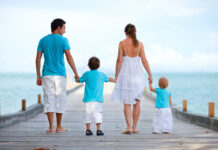 Start Planning Your Next Vacation with a Family

How To Travel To The Houston Airport?

Why Zion Campsites are Among the Best in the World

NADRA Card Center will Prepare Urgent Documents for You