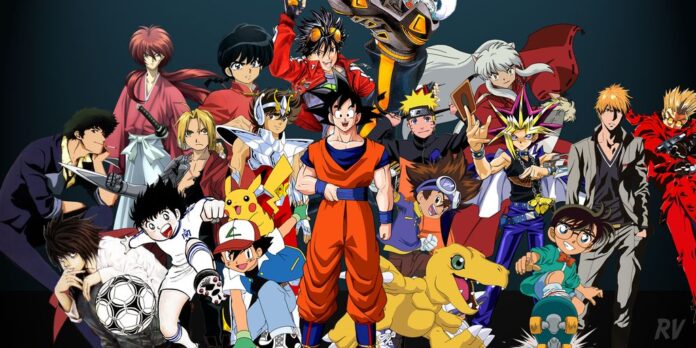 The popularity of anime shows has picked up a lot of precedence in today’s date. Not only do you have popular anime streaming platforms like kissanime, but you also have a variety of genres to choose from. In case you are considering watching some anime series, we have some amazing choices lined up for you to look into.

Following are some of the best anime series you can consider watching.

A pretty recent launch, One Punch Man follows the character of Saitama who is known for winning all his fights with a single punch. With the consistent wins, he finally emerges as undefeatable and soon fulfills his dream of becoming a superhero. While he should be happy with his achievement, he doesn’t necessarily enjoy it anymore, especially because he is way too powerful. In the quest to find challenges, he saves a lot of lives.

The anime deals with an alternate universe where humans coexist with ghouls. However, ghouls are creatures that only exist when they are feeding off human flesh. The show follows the life of Ken Kaneki, a simple student who encounters Rize Kamishiro, a flesh-eating ghoul who plans on eating Kaneki. However, with a twist of events, Ken is saved and rushed to a hospital. Story ensues.

If you are considering watching this anime on any of the kissanime alternatives mentioned on this site, we’d recommend you go for it. The series follows the life of Midoriya, who gets scouted by All Might. He is enrolled in the U.A. High School, a training academy for superheroes. The series takes you through the journey of this life.

Spanning over seven years of running, JoJo’s Bizarre Adventure is a popular Japanese anime that follows Jonathan Joestar and his descendants. Besides the storyline and the overall character developments, the series standouts with its graphics and bright visuals. Hirohiko Araki is the popular writer and artist of the show and his work is nothing short of magic. The show deals with different elements, including action, fights, and even vampires, for that matter.

If you want to watch a staple anime series with cliché tunes and a storyline, Haikyu is the one. However, just because its cliché doesn’t mean it’s not worth the watch. It is quite the opposite. The series follows the life of Shoyo Hinata, who is often called Little Giant because of his short height. However, despite his height, he is extremely gifted and wants to become a popular volleyball player. His primary aim is to beat Tobio Kageyama and the story takes its course from there.

This is one of the few anime shows around that you will enjoy watching. It has a very unique theme to it that people do enjoy watching. The storyline follows 15 years since the Earth was completely ravaged by the Angels. The story then follows the life of a student Shinji that lives in the futuristic world, termed Tokyo 3. Besides the standard prospects of thrill and action, it also has psychological aspects to it.

Kiss anime is one of the best platforms for watching anime shows. Not only can you watch the shows by downloading them, but you also have the complete free will to stream the series too. We hope the list of anime series is a good starting point for you since we have tried to keep the whole list a lot more diverse than you’d anticipate. From cliché to psychological ones, there is everything that you’d possibly need to watch.