The global manufacturing industry is now entering what is known as the fourth revolution. And this era, experts are expecting artificial intelligence (AI) and robots to take over and become dominant. The number of robots being used in industries worldwide is increasing significantly every year. New types of robots are being developed at a fast rate with reach robots being more useful and intelligent than the previous ones. It is not a farfetched idea to think that factories in the near future will be dominated by robots. It is going to be a new world. But the question is, are business owners and consumers prepared for the changes to come?

Is the world ready for autonomous robotics industry 4.0? This is the third in the series of industrial revolutions that the world has experienced, the first one being in the 1800s. Each revolution is marked by new technology that has greatly improved the manufacturing process. In general, these revolutions have made the world a better place. Some examples of revolutionary technologies that the world has seen include the steam engine, the production line, and of course the most recent being the computer. All of these technologies brought about significant changes. The 4th revolution is going to be led by robots. Without a doubt, it’s going to be as revolutionary as the great technologies of the past.

Industry 4.0, automation, and smart systems will be the name of the game. And it is expected to affect all of the industries around the world. Many experts agree that robots greatly improve productivity. It’s understandable, however, that some sectors are skeptical or even fearful. Some people see robots as a threat to human labor. Many workers are now afraid that they are going to lose their jobs to robots and AI. But the International Federation of Robotics estimates that only 10% of jobs will be fully automated. These robots are designed mostly to do repetitive tasks. Humans are still needed to perform tasks that require more focus. Some studies have even shown that the use of AI in businesses led to the creation of new jobs.

Robots will not only benefit large companies. It can also benefit small businesses. For one, small businesses don’t have the capacity to hire a large workforce. Automation will make it easy for them to compete with larger companies. The greatest advantage of robots is that they can work 24/7. This means that they can significantly boost production without the need to hire additional workers. The use of robots can also lower overhead costs for business owners. Of course, they will have to invest a significant amount of money initially to automate their businesses. But the return on investment is quick. And the amount of money they can save is huge.

The 4th industrial revolution will surely have a significan impact on businesses. If you’re a business owner, you should definitely look for opportunities to use robots and AI. This is seen by many as the future and you don’t want to be left behind. 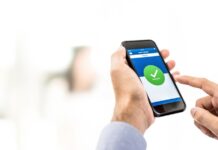 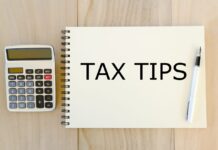 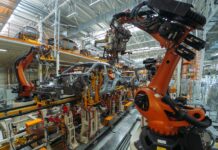