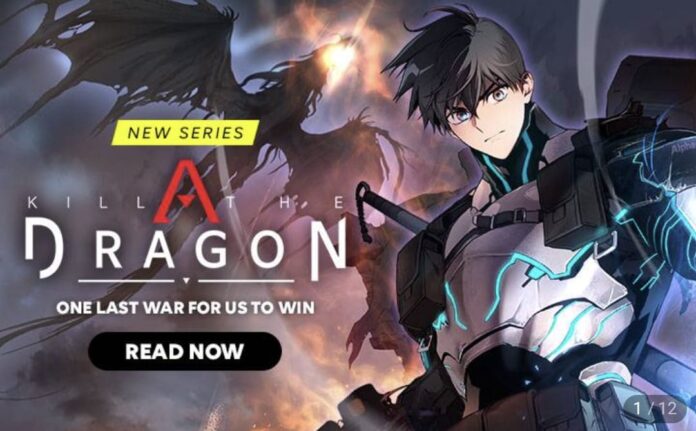 Nearly everyone is glued to their phones while on the Seoul Metro during peak commute times at night. People of all ages are engrossed in the imaginary webtoon world. The fictitious webtoon universe is being experienced by both young and old people. They tell tales of love fantasies and dramas with lots of action, and instead of using pages to publish their episodes, they publish them in one vertical strip that looks like an endless canvas.

At the same time that South Korea’s comic book business was beginning to collapse in the early 2000s, the modern comic book, created especially for computers and cellphones, first gained popularity there. Webcomics, which were distributed on portals like Naver, Daum, and Yahoo! Korea, flourished as South Korea rushed to digitize all types of material.

According to the Korea Creative Content Agency (KOCCA), With a revenue of $ 1 billion, the export market of webtoons is still far behind China’s Manhua.the South Korean webtoon market was worth $577 million in 2019 and is expected to continue expanding. South Korean webtoons hold over a 70% market share even in Japan, the home of manga. Webtoon posters can be found in subway stops, shops, and the rooms of the most ardent fans all across Seoul. In movies and on television, they are also widely prevalent.

There are already over 70 webtoon series and film adaptations in development, according to a recent article by the South Korean newspaper ChosunIlbo.

A 25-year-old board game developer named Lee Do-hyun was reading webtoons in a crowded cafe in the city of Paju when he told VICE that all of the popular webtoons share dramatic storylines. He watches for the 11:30 p.m. release of new episodes on Fridays.

He said that he normally enjoyed watching web cartoons to finish the day. They offered me a getaway that didn’t put a strain on my time or finances.

Manhua has a huge global audience.Webtoonare either free or have very low prices. In a 2020 KOCCA research, more than half of respondents who pay for webtoons stated that their monthly expenditure is less than 5,000 South Korean won ($4.5), which is a small portion of the typical cinema ticket ($11.50). A webtoon episode may be produced for as little as 2 to 3 million South Korean won ($1,767 – $2,651), according to Lee Hyun-chul, chief operating officer of Ant Studio.

The Villians Turns the Hourglass is the best webtoons has 57 episodes and over 900,000 views on the well-known webtoon site KakaoPage, and there are still more episodes in the works.

One of the most well-known webtoon platforms in the nation is NaverWebtoon, a division of South Korean internet giant Naver, which accounted for 65 percent of all webtoon viewing traffic in South Korea in 2019. NaverWebtoon, also known as Line Webtoon outside of Korea, claims to have more than 72 million monthly active users worldwide and offers content in nine different languages to more than 100 countries.

PR specialist Lee So-young from NaverWebtoon said that they believed that the large number of amateur cartoonists was the primary factor in the popularity of South Korean webcomics worldwide. And they had the privilege of selecting outstanding authors and their work from a pool that includes people from many cultures and social classes.

There are currently more than 1.3 million amateur webtoonists on NaverWebtoon’s open platform CANVAS, where anybody may upload their work and be noticed, in addition to the more than 3,000 published webtoonists in South Korea identified by the KOCCA.

TV and movie productions can hardly compete with the sheer number of webcomics. 2,767 new webcomics were released in 2019, as contrast to hundreds of new television programs and motion pictures. Tens of thousands of people watch one episode of the most well-liked web cartoons.

Currently, webcomics are experimenting with new formats, including 3D animation, augmented reality technologies, K-pop celebrity soundtracks, and reader interactivity. More webtoons that cast the reader’s avatar as the main character, like 2017’s Encountered, may appear soon. Seok claimed that webtoons’ best quality, in addition to speed, quantity, and cost, is “open accessibility” to everyone worldwide.