Domestic violence has an enormous toll on victims’ health and emotional well-being. Victims experience significantly higher rates of high blood pressure, sleep disturbances, heart problems, chronic pain (due to abuse), posttraumatic stress disorder, and depression than women who have not suffered abuse. Whether violence is related to physical or sexual assault or occurs by any other means, such as psychological threats or deprivation of necessities, domestic violence causes severe and often permanent damage to a victim’s physical well-being.

That way, one may not be able to perform their best at work or school. The injuries sustained from being attacked can also cause lasting damage that can affect them for the rest of their lives, such as concussions and broken bones. However, hiring a Domestic Violence Attorney in New Jersey is crucial to receiving the legal assistance available to help you get through this difficult time. You deserve justice and a chance to heal, so don’t hesitate to call an experienced attorney for help!

Domestic violence is one of the most common forms of interpersonal violence. Its victims are predominantly women who intimate partners or ex-partners victimize. But domestic violence also can involve bullying behaviors perpetrated by people other than family members. Experiencing domestic violence can harm one’s mental health and lead to higher levels of depression, anxiety, and posttraumatic stress disorder (PTSD). It also can increase the risk of suicide ideation.

However, by contacting an experienced domestic violence attorney, individuals may be able to get protection from their abuser as well as pursue a civil lawsuit against them if they have sustained injuries or harm. Consequently, one may be eligible for monetary compensation such as damages to cover medical expenses, emotional distress, pain, suffering, lost wages, etc., with a qualified lawyer’s help.

The world is quick to judge those who are involved with domestic violence. For example, survivors often face the notion that they are responsible for the abuse that they suffer at the hands of their partner or family member. Most domestic violence victims never disclose their situation for fear that family members and society may abandon or shun them.

As a result, there is a tremendous lack of understanding about the severity of the problem. Victims of domestic violence also suffer from a lower quality of life due to fear of safety. Children living in homes where parents are abusive are more likely to be victims themselves as well as perpetrators of abuse later in life. They might not speak up about the incidents if their abuser is also an authority figure, such as a teacher or coach at school.

In addition to these personal effects, there are broader societal implications. It’s, therefore, crucial to contact an experienced domestic violence lawyer as soon as possible to help you get a voice to discuss your legal options. That way, you have greater control over your daily life and the peace of mind that comes with knowing you’re under protection against further harm.

A common repercussion of domestic violence is the disintegration of the family unit. Many children experience posttraumatic stress disorder after witnessing or experiencing physical abuse from their parents. They often feel a disconnection from their parent who perpetrated the abuse and feels guilty for not stopping it. Young women who grew up with domestic violence have anxiety and other psychological problems as adults. Disfunctioning social relationships can lead to a lack of support, resulting in additional trauma.

Furthermore, domestic violence perpetrators may be abusive outside the home, leading to feelings of isolation from friends and colleagues and, eventually, suicidal thoughts. Friends and family may also become abusers when they witness the abuser’s behavior. Children who see these acts of violence might think it is customary to use violence as a way to solve a conflict. For this reason, society, including the legal fraternity, must work together to prevent abuse within families.

Society usually sees these occurrences as domestic disputes that no one should interfere with. However, the community must not overlook the cumulative effects of this violence. Domestic violence may breed more insecurity for society at large. Children who have experienced this vice are also more likely to grow up with a tendency toward anger, delinquency, depression, anxiety, substance abuse problems, and aggressive behavior. As a result of this cycle of victimization, society becomes less secure.

Domestic violence takes various forms and can have severe consequences for all involved. Children who witness domestic violence may experience anger, fear, guilt, shame, or sadness. Exposure to repeated abuse may lead to the risk of long-term emotional problems, including depression and anxiety. However, with an experienced domestic violence lawyer, you can find a voice and speak up about your situation. An attorney will guide you through this process and help you understand your legal rights so you can seek justice. 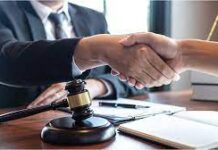 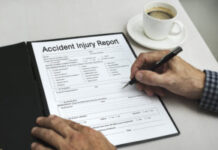 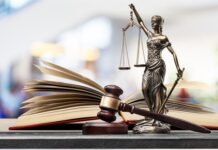