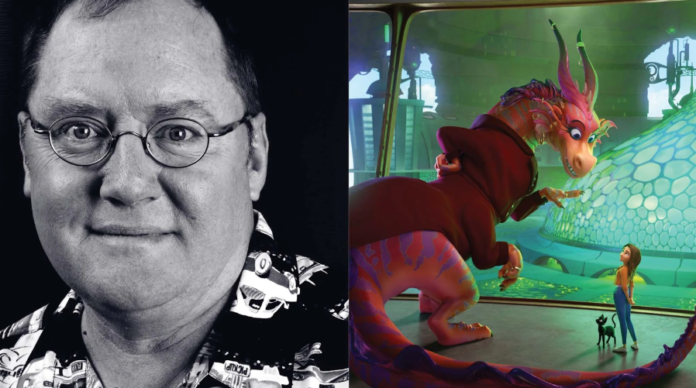 It’s safe to say that the world of animation – and indeed, feature films as we know it – would probably look a lot different without the contributions of one man: John Lasseter.

Even if you don’t know his name, you’re undoubtedly one of the countless people around the globe who know his work. After beginning his career at Disney and Lucasfilm, he would become one of Pixar’s vital creative contributors during that studio’s “golden era.” He directed the smash hit “Toy Story,” which would change animation forever and win an Academy Award. He also directed “A Bug’s Life,” “Toy Story 2,” and “Cars.” He was involved with everything from “The Incredibles” to “Finding Nemo.” The list goes on and on.

John Lasseter and Skydance Animation: The Story So Far

Based on an original concept by Rebeca Carrasco, Juan De Dios, and Julian Romero, “Luck” is notable for several reasons. For starters, it is the first feature film released by Skydance Animation. It was not the first piece of content released by the studio, however. They previously debuted “Blush,” a short film directed by Joe Mateo, to Apple TV+ in 2021.

According to most reports, co-directed by Peggy Holmes and Javier Abad, the film was budgeted at between $140 and $200 million. Not only is this a bold, confident move from a new animation studio right out of the gate, but it also proved to be a coup for Apple TV+, which is still looking for quality original programming in its early years as a streaming service.

“Luck” is the story of a young girl who has always been plagued by a series of misadventures throughout her entire life. Then, one day, she encounters a cat named Bob, who grants her the good luck she never had – with fascinating consequences.

“Luck” stars the voice work of notable names like Simon Pegg, Jane Fonda, and Whoopi Goldberg, among others. It was met with several positive reviews and, by all accounts, has been a success for Apple TV+, although it should be noted that, like all streaming services, Apple does not release complete viewing statistics.

The film itself was the product of incredible collaboration and many hours of hard work in the five years since the founding of Skydance Animation in 2017 and August 2022. Of course, all of this demands the question – what’s next for the creative team?

What’s Next for John Lasseter and Skydance

Next up for Lasseter and Skydance Animation is ” Spellbound ” – an even more ambitious animated project that will also be released to Apple TV+. Not much is known about it beyond the fact that it is a musical fantasy film that stars the voices of Nicole Kidman, Javier Bardem, John Lithgow, and more. It’s set in a world of magic where a young girl needs to break free from a spell that has already split her kingdom in half. There is no official release date yet, but it has been confirmed that the project is currently in post-production.

If it is as well received as “Luck,” it’s clear that John Lasseter and his new colleagues have a bright and storied future ahead of them.