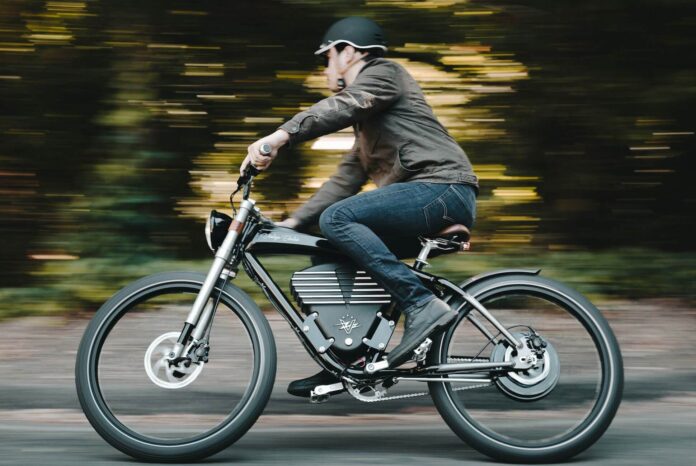 Those who ride an e-bike get more exercise than those who ride a normal muscle bike. And it takes the car less. A study by the University of Zurich says so. Curious? Just keep reading!

It seems impossible and yet there is a scientific study that says it: riding an e-bike is healthier than riding a canonical muscle bicycle. The study highlights the enormous advantages offered by e-bikes. According to the data collected, those who use the electric bicycle would do even more physical activity than those who use the classic bicycle.

The study looked at the habits of more than 10,000 adults in seven different European cities. It involved a data collection on questionnaires carried out in a proven and anonymous manner. The result is clear: using an e-bike would give you more physical exercise than using a normal bicycle without any form of assistance. At first glance this finding is quite strange but it was actually recorded through a rigorous methodology. A well-known university like the University of Zurich will certainly not do random research.

Part of the work was carried out by analyzing the energy spent using different means of transport such as electric bicycles, walking, classic bicycles and more. The result of the test is that owners of electric bicycles do more physical activity than classic cyclists.

This is because those who use an e-bike have to take it to use it on average for several hours a week. As a result, even if the pedaling effort is less, the overall exercise time is longer. That’s the reason why more calories burn on e-bikes.

The average age of those who use an e-bike tends to be higher, with 48.1 years, while for the muscle bike the average age is 41.4 years. Those who ride e-bikes are also slightly chubby, in fact the average user of the electric bike has a body mass index (BMI) of 24.8 respectively. Against 23.8 for those who go out on a normal bike. This too can be read positively because the e-bike pushes a slice of the population to move that could be discouraged by the fatigue of the muscle bicycle.

In e-bikes, the MET counts

The search uses an index called Met which stands for Metabolic Equivalent Task. MET means metabolic equivalents of the task and is a standard value of the intensity of physical activity for each activity. For example, sitting requires 1 MET while walking requires 4 MET, riding an e-bike 5 MET and pedaling 6,8 MET . Using these global standard measures, the paper concluded that, overall, the amount of MET minutes for cyclists and e-bike users per week were similar.

With an e-bike, you can cover longer distances than on a traditional bike and this also happens in the daily average. This is because an e-biker makes less effort per single kilometer than a normal cyclist, but by covering more kilometers he expends more energy in the final calculation. It gets even better when the e-bike replaces a moving machine. In fact, the gap between the MET mount is incredibly higher.

In the end, riding an e-bike is a modern way of life. This is a breakthrough in how people around the world combine mobility, healthy lifestyles and significant pollution reduction in one package. With Internet technology, finding a reputable electric bike manufacturer can be as easy as a few clicks. Globally, the benefits provided by e-bikes are enormous. Aren’t you interested? Hopefully this article was useful for you. Thanks for reading!