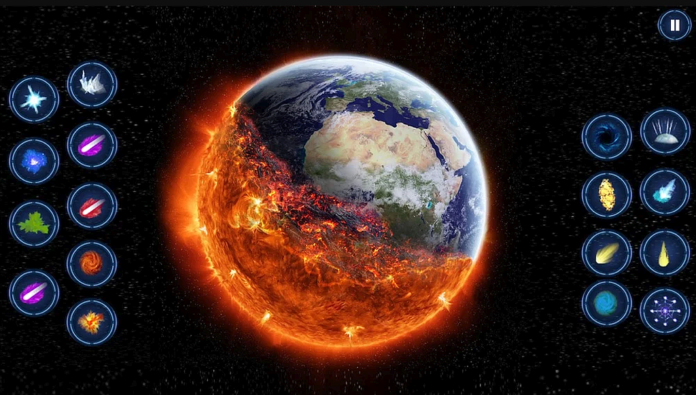 Video games allow for many excesses that would obviously be heavily punished in the real world. But the medium is above all a means of entertainment that cannot be considered as the source of all the evils of the world, as it was too often the case in the early 2000s.

Video games are still the target of criticism nowadays, but much less than in the past. And fortunately for these 7 video games, which are really ruthless with the environment.

Of course, we don’t mean to attack on the 7 games that make up our top. But each in their own way, they prove to be intractable with nature. When it comes out, GTA VI will have a great chance to be added to this list, as the game should have destructible buildings, as rumors suggest. Check out our list of 7 games that abuse the environment now.

Solar Smash has a very particular concept. It is a planet destroyer. No more and no less. With all kinds of weapons of mass destruction, the goal is to destroy. We know how many years in prison you would get for doing it in real life like in GTA, but you better not do the same with this game.

Well, it’s true that Crackdown doesn’t really have anything else to show for its destructible environments. The physics engine is quite impressive. Beyond that, Crackdown 3 is probably one of the games that disappointed the most at its release.

Depending on how you play, Civilization VI can be ruthless to nature. Even if you have to take care of it to develop your civilization, conflicts can cause great damage to the environment.

The survival game allows you to “help yourself” to resources in the wild. Both flora and fauna will be affected if you need to collect materials, making Rust a game with no mercy for the environment.

The premise of Just Cause 4 is simple: it’s a big mess. Even without the player’s intervention, the elements are unleashed and are enough to cause chaos. But with his impressive arsenal of weapons, Rico Rodriguez can do his part and destroy everything around him.

Capcom’s title is one of the best games released in recent years. On the other hand, some people have it in their sights for its emphasis on hunting rare species, even if they are fictional. This has reopened the debate on what video games can and cannot do.

In Uncharted 4, the environment is not spared from the adventures of Nathan Drake, the cult hero. The adventurer has the gift of causing disasters in a chain. And at the same time, he is able to give us an eyeful.

Read also: How do I get free WSOP chips?

How can I limit my impact on the environment as a gamer?

All the players in the video game industry, whether they are manufacturers, developers, publishers or gamers, are at their own level responsible for the environmental consequences of gaming. If the world has already reached the point of no return in terms of climate change, we can still try to limit the damage. Builders and developers must at all costs swap the usual energy for green electricity. We know very well that the biggest companies have the means to do so. All it takes is a little goodwill. For smaller companies, if they can’t use renewable energy, they can offset the CO2 emissions generated by their activities by planting trees, for example.

And when you’re a gamer, what can you do? Clearly, capturing CO2 or reducing CO2 emissions at the source will be more complicated. So we will have to change our consumption habits: play on small screens (smartphones or laptops) or move towards less energy-consuming consoles that can do without television, which is currently the case with the Nintendo Switch, for example. However, if we really want to save the planet, we should take a more drastic measure: stop playing video games altogether.