The metaverse concept has attracted lots of attention after Facebook announced its new enterprise name, Meta. Internet giants and start-ups are all eager to invest in this new idea. In the field of social networking, Soul App is exploring to establish the Soul metaverse a warm social metaverse that is designed for youths to connect and express themselves. Its rapid user growth proves that young generations recognize its unique social networking pattern.

But what does the term metaverse mean in actuality? Well, market players hold different views. While corporations like Niantic lays emphasis on augmented reality, Meta believes both businesses and consumers prefer to experience a virtual reality metaverse. At the same time, Linden Lab has released Second Life, which allows users to build virtual avatars and live second lives within the game.

In China, one of the most successful metaverse players is Soul App. It is a social networking app launched in 2016. Led by Zhang Lu, this platform has grown to attract over 100 million users. At present, more than 9.3 million young individuals would explore this judgement-free virtual but authentic Soul metaverse and engage with like-minded young peers for an average of more than 45 minutes each day.

In fact, Soul metaverse developed on Soul App focuses on establishing an immersive world by inviting users to generate their own avatars. Unlike other giants who invest heavily in nascent technologies like AR and VR, Soul App enables users to experience interest-based social networking with the brand new virtual identity brought by avatars.

However, they both have drawbacks. The former can make use of well-established social networks to expand users’ social networks, but it also brings social pressure that prevents users from expressing themselves freely in front of acquaintances. The latter forces consumers to independently sift through a vast amount of content, which can be time-consuming.

On Soul metaverse, a new type of social networking mode is set up. It offers a creative solution that enables users to express their true selves and find inspiration in one another’s creativity thanks to its immersive, appearance-agnostic, and interest-based design. It is definitely an exploration of future social networking patterns.

It’s worth noting that Soul App has also attached importance to technology advancement in supporting Soul metaverse. The AI-driven recommendation system used by Soul App connects users with others who have similar interests. Users of Soul App are prompted to take a series of personality tests when they initially log in. Based on their answers, the AI would create interest profiles for each user, connecting individuals with similar hobbies, interests, views, etc.

Then Soul App’s advanced algorithms will help every user find others who share their interests. After that, users can discuss a shared topic and engage in an interest-driven conversation. In this way, a brand-new way of creating social connections is opened, which indeed is the product logic behind Soul App, and it quickly caught investors’ and users’ interest.

Another impressive fact about Soul metaverse is its gamified characteristic. To make every user enjoy the fun of communication, Soul App has launched a series of gamified features, such as virtual group parties, audio call, Soul cam, etc. In this funny way, users can embrace their most authentic selves, experience the happiness brought by social connections and establish life-long friendships.

According to public information, Soul App’s largest source of profit is collected from users buying value-added services. The app itself is free to enjoy for every user. Thanks to its close tie to young generations, some enterprises have established crossover cooperation with Soul App to capture young people’s hearts. Industry insiders are optimistic about Soul App’s future commercial growth.

Currently, we are still in the early exploration of metaverse. It requires time before we can fully experience the mature metaverse applications. No one can answer the question of the future mainstream social networking pattern. But Soul metaverse does pioneer in the exploration. Soul App will keep advancing into the social metaverse in the future and offer users a variety of interest-based social networking experiences. 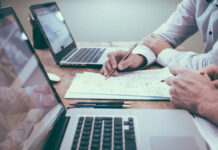 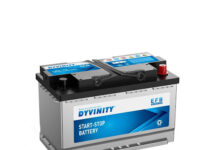 Is A Start Stop Battery The Best Choice For You? 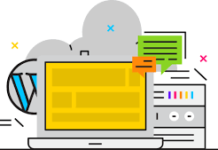 How to Achieve the Best Encoding RDP