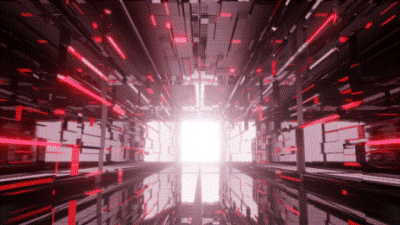 SEN is starting to bolster its roster with its recruits. Zellsis is officially the 7th man of Sentinels.

Aside from ranking up their Valorant accounts, players spend most of their time watching and monitoring the game’s pro scene. Gamers were hyped as Sentinels spiced up their roster with their newest recruit. Jordan “Zellsis” Montemurro has just landed a spot on one of the most prominent esports organizations in Riot’s FPS game to replace Kanpeki. The former Version1 Pro was acquired after the team recruited superstar Michael “Shroud” Grzesiek into the team.

The SEN lineup has been in constant flux ever since the departure of high-profile players zombies and Sick. Zombs was removed from the team’s active Valorant roster, and Sick was left due to an immediate family emergency. However, fans will notice that both players still display the “SEN” tag in their official Valorant accounts since they are still part of the time. SENs have been trying to stabilize their roster by recruiting replacements.

Zellsis is the latest recruit into SENs active roster. Montemurro replaced Kanpeki as the team’s 7th man. He will essentially be playing as a substitute player. Previously, zombs were replaced by Eric “Kanpeki” Xu in the team’s active Valorant Roster. The decision to replace Xu was made after the team failed to secure a spot after VCT NA Stage 2 Challengers group stage. Here is the current line-up for the whole team:

It is announced that Zellsis will be partaking in the upcoming VCT NA LCQ. SENs were able to earn enough VCT circuit points to qualify. The team will compete with other esports organizations such as FaZe Clan, Cloud9, Shopify Rebellion, NRG Esports, 100 Thieves, and Evil Geniuses.

Jordan Montemurro is a pro Valorant player hailing from the United States. Born in 1998, Zellsis started his career as a former professional player in Counter-Strike: Global Offensive. Since Valorant’s release, Montemurro has been signed under esports organization Version1. Zellsis played for V1 on various occasions, such as VCT 2021: North America Stage 2 Challengers Finals and VCT 2022: North America Stage 1 Challengers.

Zellsis is known as a flex player, which is a welcome addition to the Sentinels composition. Most of the players in the current roster are excellent shooters, but the team is notably failing a bit short in their team play and synergy. While the announcement of Zellsis’ inclusion wasn’t as high-profile as shroud, the news was warmly accepted by fans and pro-players alike. Montemurro’s edition seeks to fortify the SEN’s flexibility and all-aroundness further.

Zellsis has been in the FPS pro scene since 2016 and has actively participated in Valorant competitions since its release. While he is known to be an incredibly talented team player, Montemurro is no stranger to controversy. The former V1 pro was suspended for participating at certain stages during the VCT Masters Rekjavik. This was primarily a result of his unprofessional and unsportsmanlike behavior, which resulted in his team only placing 5th-6th place in the competition.

Sentinels have been having a hard time synergizing due to numerous roster changes over the past two years. SEN star Sinatraa was removed from the active line-up following several accusations, which forced the pro-player to lie for a while. Zombs was ultimately benched after displaying an unwillingness to participate in the latest tournaments due to a lack of scrims and dissatisfaction with the organization itself. Meanwhile, Sick, one of the team’s top fraggers, took an extended leave due to this emergy family issue.

SENs have seen numerous roster changes, with the latest inclusion of shroud and Zellsis. Grzesiek is known to be one of the best technical high-profile players in Valorant, while Zellsis is known for being an excellent team player. The organization hopes that adding these two will help bolster Sentinel’s chances of winning.

SENs have made many roster changes in a relatively short time. Hopefully, the team will be able to stabilize and get back on track. Meanwhile, with the VCT Masters underway, players should expect a new set of Valorant skins to grace their way into the shop.