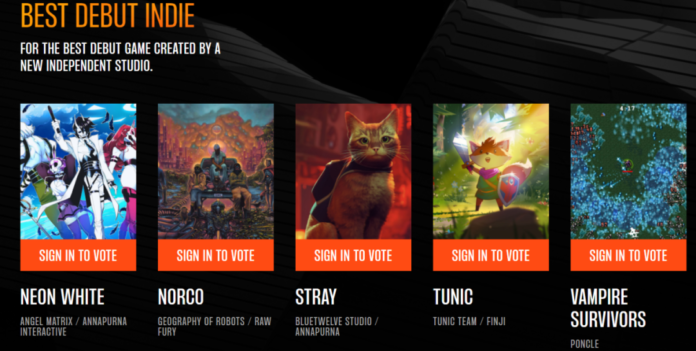 In mobile games, novelty gameplay comes out every year, which is very common for us. However, games labeled as XX-Like genre are rare. For example, the Dark Souls and Slay the Spire games released since 2017 have all achieved success, enabling these mobile games to achieve a similar XX-Like genre development in the industry. It can be said that creative games are an important factor in the development of mobile games, and innovative ideas are inseparable from development.

This year, “Vampire Survivors” officially started online operations. In the test conducted at the end of last year, the game gained very high popularity and started to grow significantly in 2022. Players are starting to enjoy gameplay with pixelated, auto-attacking and top-down features. Currently, Steam has more than 130,000 positive reviews, accounting for 98%. Vampire Survivors, with its carefully crafted samurai-style elements, clearly set the way forward for most game developers.

Survivor.io is another example of what is considered a survivor-like genre on mobile clients. This can be found in many lists of iOS free games and best selling games. It has only been on the market for only three months, and it has achieved very large profits, which also makes Survivor.io rank among the top ten in the Chinese game market. Additionally, the game easily surpasses 20 million monthly active users, which is very rare in the industry.

Only a breakthrough in design rules can gain more players, which makes many game developers have to learn from past experience and innovate on this basis. Therefore, game development has more and more stringent requirements for innovation. Recently, the survivor-like genre is a relatively successful new game genre. We can think about the future. In the next period of time, which players will like the next XX-Like genre, this still needs everyone to guess.

Although there are few cloud games in this sector at present, you can find games developed by miHoYo, Tencent and Netease to gain popularity. But cloud gaming has made a more significant development than ever before in all aspects, covering product, technology, and policy, this year.

Apple said in early 2020 that it would prohibit all apps from relying on cloud platform streaming media to provide services. This move undoubtedly eased manufacturers’ enthusiasm for cloud game development. However, in the second half of 2020, Apple relaxed the policy and began to allow cloud games and other applications on the App Store. While there are still some restrictions on the terms, the developers have resolved this, hopefully through the upload channel.

In fact, developing a product is a daunting task. At the time, the service relied more on cloud platforms, making fewer products widely known. Genshin Impact on GeForce was a pioneer in the industry and, in general, made people aware of the possibilities of this business model.

The success of Genshin Impact lies in the high quality and beautiful graphics of its products. And Genshin Impact on GeForce lets users enjoy PC-level gaming graphics without being limited by hardware specifications. Therefore, major game manufacturers adopt the cloud game model to develop products with higher specifications, which will inevitably become the following trend. More excellent products can be found on the cloud for players to enjoy.

In addition, in this trend, various cloud phone platforms are emerging. With the adoption of cloud game concept, these platforms enable players to enjoy games on the cloud without having to store physical smartphones across platforms. The top-notch products cover Redfinger cloud phone, LD Cloud in the sector.

Currently, gaming platforms are struggling to retain users simultaneously through various channels. Therefore, PC players have gradually become potential targets for platform exploration. More and more game developers are no longer solely relying on mobile platforms, but relying on multiple platforms to expand their user base.

Successful products drive more developers to multi-platform development. This move not only ensured the popularity of the game, expanded its user base, but also generated considerable revenue. In the context of PC games coming from official sources, developers can benefit from this.