Ever since its entry, it has made a big win-win in the world of developers. Highly popular in google trends also, it is transforming the mobile era at a high pace. Yes, we are talking about React Native, a framework to write codes for amazing apps.

In today’s app age, when everyone is dependent on apps, the apps need to be flawless, innovative, and aesthetically appealing. React native development promises these all.

As a result, React Native Development is serving each age group from each sector. From businesses for their growth to customers for convenience, React native Development is serving the purpose of a smooth, swift, and swanky mobile app. If you are also thinking to develop your business online, consult and hire react developer India that brings your business dreams into reality.

In the constantly growing mobile app development industry, among various advancements such as the Internet of Things (IoT), Artificial Intelligence (AI), etc, react native app development has turned out to be the best framework to build a best-in-class mobile application.

There are main reasons behind its win-win. Firstly, its seamless performance on different platforms. Secondly, ease in debugging. Thirdly, the quick development process in comparison to native apps. Besides, there are several other factors that make React Native development a right choice over other platforms.

In conclusion, it sprouts out a question- Is React Native the future of mobile application development? Let us find out?

Firstly, let us understand what the React Native App Development Framework is. After that, we will discuss why it can be the future.

Apart from making a completely new app, you can use React Native App Development framework in your existing Android as well as iOS projects.

As a result, this framework serves us in two ways.

React Native Development Framework is invented by Facebook. It allows you to integrate the best-in-class components of native development with React to compose a mobile UI.

Reasons React Native can be the Future of Mobile App Development.

Initially, the team of Facebook created React Native only for iOS. However, later on, they started using the framework for Android also. This is because of React Native’s awesome features and functionalities.

For android as well as iOS

React Native App Development framework allows you to create both types- android as well as iOS-based apps. The biggest advantage is – the same codebase (with a few minor changes) of the iOS app is usable for Android and reciprocally.

To get all benefits, it is good to hire a company that provides the best cross-platform mobile app development services for your business. This leads to the quick development of apps, one code base for Android & iOS, and cross-platform compatibility. In short, the code once prepared can be used on all the platforms

React Native is an open-source framework with a strong community. With its community-driven environment, it allows a large team of contributors like native developers and enthusiastic JS to quick-fix the errors and enhances the projects. These experts can use the free component and their skills to improve the project.

Mobile applications created on React Native App Development framework are like native apps. The performance of such apps is seamless. React Native alongside JavaScript smoothens the usability and functionality even of highly complex applications, with a central focus on User Interface (UI) development.

Apps work best when updated regularly to the latest versions. When the apps take too much time in reloading or getting updated, it becomes a little frustrating & complicated.

With React Native, such updates and reloading becomes easy and fast. This means the user can easily and instantly get the latest version of the app on their mobiles.

Developed by the team of Facebook, React Native Development framework comes along with the support for maintenance from the Facebook community. Alongside the constant up-gradation of the app, the expert team of Facebook offers full-fledged support for the on-time development of the app and its maintenance. This advocates that your React Native mobile app development process is backed by a highly proficient team.

As React Native allows the developers to use the same code on iOS and Android, it saves time as well as cost. They do not have to build different codes for different platforms, like code for Java in Swift or Windows in C#. 90% of codes remain the same for both platforms, this saves effort and time.

Today, React Native App Development Framework is the choicest framework for the development of cross-platform mobile apps. The team of Facebook backs this framework. Apart from reducing the time to write code, the apps built on this framework are highly responsive, seamless, and appealing.

Today, when many businesses are relying on apps for their success, Native React showcases a bright future for mobile app developers.

Contact Now! To meet an expert team of professionals with expertise and experience in React Native framework. 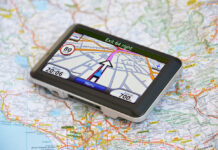 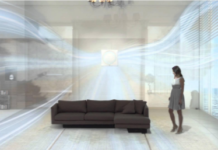 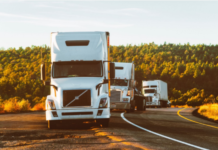 10 Ways To Improve Your ROI with Vehicle Tracking System

How to Find the Best Ford Mustang Online Forums

How to Find the Best Ford Mustang Online Forums