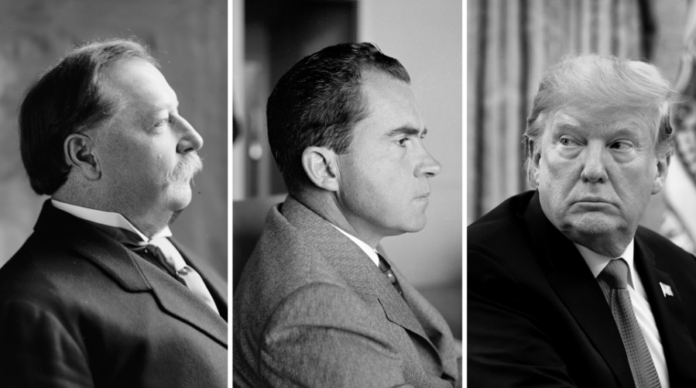 According to the Constitution, the president of the United States has the power to grant reprieves or pardons for federal offenses. Only in the 20th century, the U.S. presidents issued approximately 20,000 pardons and commutations, so this is a longstanding tradition. Many see the presidential pardon power as a tool for managing flaws in the judicial system. Others see it as a source of controversy because it paves the path for corruption. Several presidents have been accused of using their pardon power for political favors. Others have been admired for using their pardon power to save people from wrongful convictions.

Here are three intriguing things to know about presidential pardons.

Presidential pardons are hugely politicized and controversial because they often involve high-profile names from politics, business, entertainment, and not only. Did you know that Richard Nixon was the only U.S. president in history to resign? Just a month later, his successor, Gerald Ford, granted him a presidential pardon to protect him from the legal implications of the Watergate scandal. Who are the people who were pardoned over the years? Before their convictions, many of them were successful entrepreneurs, politicians, or government workers.

No other presidential pardons have caused as much controversy as those granted by Donald Trump. During his four years in the White House, he issued a total of 143 pardons, most of them in January 2021, at the end of his term. Surprisingly, some of his clemency acts are still causing controversy. Even though President Biden has already issued several pardons too, there are still heated discussions about Trump’s use of his pardon power.

One of the cases that have spurred controversy lately is that of Philip Esformes. The operator of several assisted living facilities in Florida, Esformes received a 20-year sentence for fraud. The Department of Justice, under the current administration, plans to reopen the case, even though Trump granted Esformes clemency using his presidential powers. It will be interesting to see how the case unfolds.

Politics are messy, and the history of presidential pardons shows us how complicated things can get when power is involved. Although some believe that presidents should not have pardon power, others believe in the president’s ability to impart justice. In any case, nobody can deny that respecting the Constitution is critical. And the Constitution gives the sitting president the power to decide who to save from legal punishment.