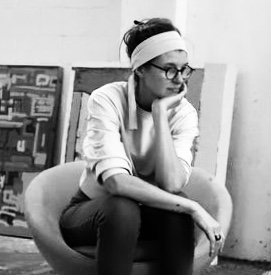 Sylvia Rossouw is a South African native who works as an interdisciplinary professional in the architecture and art industries. She is best known for her work on the 2010 Soccer World Cup projects in Cape Town, South Africa. Sylvia’s current work is centered on holistic, sustainable, residential, and recreational designs. Her artwork has been included in private collections around the world.

Due to Sylvia Rossouw’s deep love of the arts, she’s spent years studying and earning degrees to help her realize her aspirations of becoming a successful artist. She received her Baccalaureus in Building Art and Architecture from Nelson Mandela University in South Africa, as well as her Baccalaureus in Fine Art from the University of Cape Town. She continued her education by earning a Masters Degree in Business Leadership from the UNISA School of Business Leaders in South Africa.

Attributable to her expertise and dedication, she was offered the position of Client Project Manager at the Airports Company South Africa (ACSA) in 2007. In this position, she was responsible for leading, planning, designing, and implementing Terminal 2010, which serves as a gateway to Cape Town as a tourist destination. This program was a vital aspect of the Legacy Program for the 2010 Soccer World Cup. In 2009, the dedicated architect worked for PRASA as the New Business Development Manager with the primary objective of identifying and developing new revenue-generating opportunities inside existing and new infrastructure. PRASA was a component of Cape Town Station’s restoration and refurbishment., in preparation for 2010 Soccer World Cup, yet another legacy project.

In the year 2018 business woman Sylvia Rossouw co-founded and is a Principal Architect at RW Architects, a registered organization that specializes in residential and recreational projects. Their vision of living the dream is reflected in their site-specific design, which incorporates a holistic design philosophy of designing with and for the client. The core function of the company is to exhibit sustainable designs with the help of exceptional industry partners. RW Architects’ most recent residential projects in Heroldsbay include Oubaai Golf Estate and Monate Eco Resort, as well as Fancourt, and Kingswood Golf Estate in George, Western Cape, South Africa The Kareekloof Game Reserve in South Africa’s Northern Cape is a recent recreational project.

Plans for the Near Future

Sylvia Rossouw’s professional artist studio, the Sylvia Rossouw Studio, is located in Western Cape, South Africa. Installations, performances, videos, video stills, and paintings are among her works. Sylvia is currently planning a solo exhibition for 2022. She’s also working on an NFT project to power the #ARTforCHANGE collaborationplatform. To learn more about Sylvia Rossouw, browse her archive of artwork.