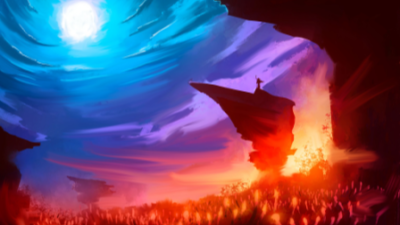 This guide will help you defeat this three-headed dragon.

King Black Dragon has a variety of attacks that you have to watch out for. If you aren’t prepared for this battle, then you will die very quickly. This dragon hits very hard with its attack. You can be hit with up to 60 hitpoint damage if you aren’t careful.

This is why you need this guide. Everything you need to know to take down the King Black Dragon will be covered in this guide. By following this guide, you will be able to defeat this boss, gain loot, and earn OSRS GP for all of your troubles. However, this boss is meant for high-level players, so get your skills up before trying this boss.

Alright, let’s jump into all the necessary steps you need to take to defeat this dragon.

For the most part, there are no prerequisites to do before fighting the King Black Dragon. It is a member-only enemy. Other than that, you can take on this boss anytime you feel like it, but you might want to have good enough stats for it.

The King Black Dragon Lair is located in the Wilderness. More specifically it can be reached from the Lava Maze. Find a ladder that leads to a lever that will grant you access to this location. It is important to know that the Wilderness is a place where players can kill others so make sure to get to the area quickly unless you want to lose gear.

King Black Dragon is an enemy with incredibly high stats. It has very high combat stats. All of which are at 240 except for its ranged stat, which sits at 1. However, it can still hit hard from far away with its Dragonfire Breath, so be careful. This boss also has no weaknesses but is slightly more vulnerable to stab and ranged weapons. Of course, Dragonbane weapons are great here as well. What are the Best ViewSonic Monitor for Gaming.

The King Black Dragon hits very hard, so it is important to stack protection and defense as much as possible. If you can’t survive the hits, then offense won’t matter.

The most effective strategy when taking down the King Black Dragon is to always keep your protection up. It is advised to fight this boss in melee range, so he won’t use his Dragonfire attacks as often. His Dragonfire attacks are unblockable, so the only way to withstand them is to have the Dragonfire Shield or Antifire Potion. While in melee, always keep Protect from Melee, unless you are using a two-handed weapon and can’t use the shield. In that case, have Protect from Magic on.

King Black Dragon has different types of Dragonfire Attacks to look out for as each one can cause a different status effect.

Fiery Breath – This Dragonfire attack is the most basic as it doesn’t apply any status effects, however, it is the most damaging. It can do up to 65 damage to a player if they don’t have any protection.

Toxic Breath – Damaging attack that can apply poison to the player. This will cause the player to take damage over time until it has worn off.

Shocking Breath – When hit by this Dragonfire attack type, there is a chance two levels of the player’s stats will be drained, making you weaker throughout the fight.

Icy Breath – This attack can freeze the player for up to 6 seconds and does a good chunk of damage.

Now that you know the mechanics, it is all about surviving his onslaught of attacks. As long as you keep your health, protection spells, and potions up, you will take down this boss in no time. It doesn’t have any extra enemies around, so you can put all your focus on him.

There are some profitable drops that you can sell for a lot of OSRS GP. However, King Black Dragon doesn’t have any important exclusive drops. Some of these OSRS items can be found on dragon-type enemies as well.

Here are some OSRS items that are worth farming for:

In short, the King Black Dragon is a tough adversary, and it will take careful planning and preparation to take down this enemy. This three-headed dragon can do big damage if not equipped with the right gear. He can easily melt your health if you’re not careful. But take your time to learn the mechanics and after defeating him once, you will be able to defeat him every time to earn more OSRS gold per hour. As long as you have the Anti-Dragon/Dragonfire Shield this fight becomes much easier. Just make sure to stay up close and you will take the KBD with ease.

Have you beaten King Black Dragon? Let us know any other tips that you might have in the comments.