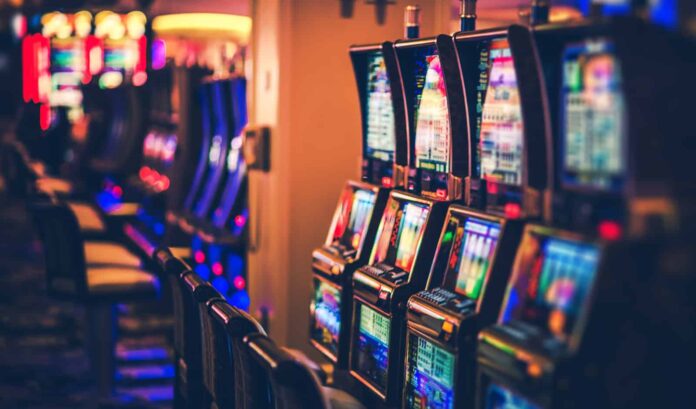 When looking around for slots to play, one of the most exciting things to do is finding a brand new title that offers something fresh. Doing so lets you see what the developers have been up to, with the most impressive releases earning a spot in your favorites list.

To spare you the trouble of hopping from one developer site to another to rate their latest releases, dive into this new slot games by Sixslots list, revealing the newest exciting slots. You can thank us later! Without any further ado, we will list some of the most exciting new slot machines released in 2021.

In Sea of Riches by iSoftBet, a Pirates of the Caribbean-esque freebooter awaits to accompany you as you explore the riches of the sea. Wins of over 2000x make the journey worthwhile, courtesy of a cluster wins system that triggers exhilarating modifiers and features. Wins are not hard to come by due to medium volatility and a 96% RTP rating.

Agent 51 by Kalamba teleports you back to the 60s to join in on some detective work. A dimly lit room with an evidence board at the corner backdrops the action taking place in a simplistic 5×3, 20 payline setup. Do not be deceived, though, because that’s not all the slot has a lot more offer. Kalamba signature features such as k-loops (lucky-loops) and hyper bonus get thrown in here as well for a thrilling adventure that culminates in free spins. The stats are friendly as always with Kalamba, starting with a 96.17% RTP rating that could increase to 96.73% when hyper bonus level 3 is played.

Developer Pragmatic Play revisits Gates of Olympus for a remake that sees the Starlight Princess take over a 6×5 play area we all know too well. Wins of up to 5000x are at stake, but you have the decent stats we saw in the original to make for a reasonably easy chase. The Return to Player is a solid 96.5%, meaning that the house edge gets reduced to a mere 3.5%. Volatility has been cranked to the highest setting, making for rare but big wins.

Relax Gaming reimagines the Viking Age in Volatile Vikings. The slot utilizes a pay anywhere system well-complemented with collectible multipliers and a free spins bonus round. As the title suggests, the Volatile Vikings slot is super-volatile, meaning that the vexed Vikings will at times decide to bring the fight to you. Not to worry, though, as you can hold on to the solid RTP of 96.23% as a shield.

It’s all about catching the big fish in Bigger Bass Bonanza by Pragmatic Play. It’s a follow-up that tries to build on the success of the original slot, Big Bass Bonanza, with a few alterations here and there. Players get an upgraded setup, to begin with, which sees the addition of an extra row. The Return to Player remains at a solid figure of 96.71%, while the volatility gets tuned a notch higher for a thrilling bass-catching adventure.

What Are the Common Dental Problems?