Everyone has a wish list of what they want when they are looking for a new home in and around Goodyear, Arizona, a fast-growing city about 17 miles west of downtown Phoenix. Some of the most sought-after features are new kitchen appliances (extra points for stainless steel), granite countertops, hardwood floors, ensuite master bathrooms – and swimming pools in the area’s hot desert climate.

Whether a home is brand new, a few years old, or it was built decades ago, homebuyers usually prefer a fresh, new look – both inside and out – combined with the conveniences and amenities that make their lives easier and happier.

Modern, high-tech kitchens, premium surfaces, and luxuriant bathroom escapes are great indoor upgrades, but for most people, a swimming pool is perhaps the ultimate outdoor amenity. There are currently dozens of homes for sale with pool in Goodyear, AZ, and the surrounding communities that will appeal to home buyers moving to Arizona or seeking to relocate within the Grand Canyon State.

One of the major automobile tire manufacturers in the U.S. established the community of Goodyear more than a century ago when it purchased 16,000 acres (at $25 per acre) in Maricopa County west of Phoenix in 1917 to cultivate cotton used to make the reinforcement cords in the company’s tires.

Goodyear became a town in 1946 and a city in 1985. The tire company eventually stopped using cotton in its tires and by 1986, decided to convert the cotton fields to subdivisions. Property annexations over the years have combined to accumulate more than 191 square miles of land within the Goodyear city limits, which facilitates the burgeoning development throughout the city.

Construction of new homes in Goodyear’s new subdivisions and planned communities has mushroomed in recent years, which translates into a market saturated with new and almost-new residences—many of them with sparkling swimming pools – awaiting a new owner.

Population, Demographics, and Cost of Living in Goodyear, AZ

Population: Goodyear has grown exponentially in population since the 1990s and was the third-fastest-growing city in the nation during the decade of the 1990s.

Things to Do in Goodyear, AZ

Fans of Ohio’s two Major League Baseball teams will enjoy a double dose of spring training baseball during March as both the Cincinnati Reds and the Cleveland Guardians (known as the Indians until 2022) play their preseason games during March at the city-owned Goodyear Ballpark, which opened in 2009 near the city center.

Many locals enjoy getting away from the bustle of city life by hiking at Estrella Mountain Regional Park, just south of Goodyear.

Find Comfort in Homes for Sale with a Pool in Goodyear, AZ

Anyone can live a sunny outdoor Arizona lifestyle in a pool home in Goodyear, Arizona. Goodyear is close to everything great about living in the Phoenix area. But Goodyear residents with pool homes can also stay cool and enjoy one of the most popular amenities a home can have. Any prospective home buyer moving to Goodyear, AZ should consider a pool home for many important reasons. 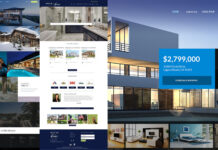 How to Design Real Estate Websites: Everything You Need to Know 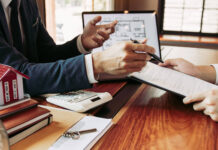 Why You Should Hire A Real Estate Lawyer When Buying Or Selling A Property? 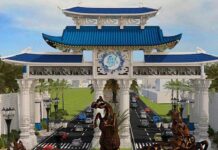