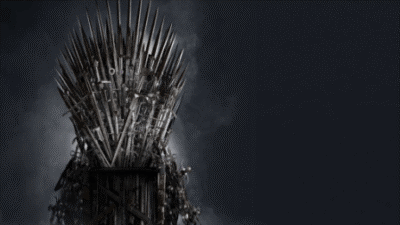 The weapons that have the strongest builds

As one wise man said, “It’s dangerous out there. Take this!” Weapons are almost a staple in video games, though a few don’t use them. At any rate, Elden Ring is one of the games that rely heavily on them. Without one, you won’t be able to farm Elden Ring Runes, the primary way to progress through the game.

Fortunately, the game offers an entire armory of weapons to choose from. The bad news is there are so many that it can be hard to choose. Here are some suggestions for the Elden Ring’s best weapons to use.

What it lacks in range and strength, it makes up for the opportunity for stacking the bleed status quickly. It has the Reduvia Blood Blade ability, which has a low FP cost and creates blood blades that cause hemorrhaging. With the rapid attack speed of daggers, you can spam the skill and keep the enemies bleeding.

You can get this dagger outside Murkwater Cave in Limgrave. Bloody Fing Nerijus invades your world when you approach the cave from the river. He’ll use the weapon against you, but defeating him will give you the chance to get it.

It’s an early-game weapon. Still, it is so practical that you can keep using it throughout your journey in the Lands Between.

This weapon might have an overdramatic name, but besides Reduvia above, it’s one of the best bleed weapons in the game. Its unique skill creates a second blade that effectively doubles your attacks for a time. That also increases the chances of inflicting the bleed status, staying true to its name. Plus, it deals fire damage with every hit.

Bloody Finger Okina drops this weapon when you fight him near the Church of Repose in the Mountaintops of the Giants. It’s a favorite due to its potential to deal massive damage through bleeds or several successive attacks through its unique ability.

Katanas are the best at inflicting bleed on enemies. The Moonveil is no different, but it adds range through its unique ability, Transient Moonlight. The ability deals a quick slash from the sheathe, followed by a wave of light. This allows you to still hit at range, despite using a melee weapon. Its ability to stack bleeds gives it an edge against the Wing of Astel, even though they have the same damage output.

Moonveil drops from the Magma Wyrm in the Gael Tunnel on the border of Limgrave and the Caelid Wilds. It’s easily reachable from the beginning of the game, but defeating the Wyrm is a different matter altogether.

Sword of Night and Flame

Aside from its awesome name, this sword gives you access to the Comet Azur spell through its Night-and-Flame Stance. The ability also gives you a different option to sweep forward with a burst of flames if you make a strong attack instead. Comet Azur is a potent spell that can melt bosses, so getting this weapon is worth it.

You find the Sword of Night and Flame in a hidden room in Caria Manor. Start at the Site of Grace in the Manor Lower Level, and proceed through the rooftops. Turn at the first left, then turn right and jump off the walkway to the below rooftop. Fall on the other rooftop and climb down the ladder to find a room with a chest. Open it, and get this Elden Ring weapon.

This oversized pizza cutter is one of the deadliest weapons in the game. You guessed it, those point bits on the circular blade can inflict bleeding on enemies. Even better, you can rev the circular portion to make it spin faster, making it a chainsaw-like weapon. Using its unique ability would feel like mowing a lawn, but instead of cutting grass, you’re cutting your enemies. That makes up for its slow attack speed due to being a colossal weapon.

Even if it’s one of the most basic weapons in the game, its simplicity makes it incredibly versatile. You can get it early and use it all throughout your adventure. With its range, low requirements, decent stat scaling, and ability to accept most Ashes of War, it’s a weapon you can customize to your preference. That means you can adapt quickly to the growing strengths of the enemies.

It’s the starting weapon of the Samurai, but other classes can still get it. In the Deathtouched Catacombs, there’s a room with elevated platforms with Skeleton Archers. Going deeper into the dungeon, you can get to those platforms to kill the archers. Afterward, you’re free to examine the corpse hanging from the edge. You’ll get the Uchigatana from the body.

It’s the strength equivalent to the Uchigatana, with many benefits. The Broadsword adds its unique ability, Square-Off, to the list of advantages of this weapon. The skill may be simple, but it’s quick and decisive, such that it has become a staple of both PvP and PvE battles.

Confessors have the weapon from the start. Other classes can buy it from the Nomadic Merchant close to the Coastal Cave west of Limgrave. It costs 1,800 Elden Ring Runes, but it’s worth it for one of the best strength-scaling weapons in the game.

Like the Ghiza’s Wheel, the Grafted Blade Greatsword is a Legendary Armament. Like most greatswords, it trades attack speed for more significant damage. Its ability to stun enemies makes up for the slower swing rate. Its unique skill is a temporary and slightly weaker Godrick Great Rune. Oath of Vengeance raises all attributes for some time, simultaneously increasing Poise.

Getting the weapon means defeating Leonine Misbegotten as part of a quest. It’s one between Irina and Edgar. The latter won’t let the boss keep the sword, but you don’t have to give it to him either.

This is one of the best Dexterity-scaling weapons in the game. It’s challenging to get, as you have to defeat Malenia before you can get it. Still, it’s a powerful weapon that allows you to use one of the boss’s signature skills, the Waterfowl Dance. It’s perfect when combined with the bleed effect, as the ability can deliver a series of fast attacks to stack the status.

When you’ve defeated Malenia, you’ll receive the Remembrance of the Rot Goddess. Take it to Enia at the Roundtable Hold, and you can exchange it for the Hand of Malenia.

It’s more of a joke weapon, but who knew that bubbles can be lethal? This horn blows bubbles that can actually melt bosses. Some builds turn this into a deadly joke weapon, especially with high faith. It can also be used as a melee weapon, acting as a Great Hammer.

Get it from the Large Oracle Envoys in Leyndell or Miquella’s Haligtree.

These weapons are strong, but you don’t have to use them. If they don’t fit the play style you want, you can use another one. Still, there is a reason why those mentioned above are popular, and that’s because they’re effective at killing bosses.

There’s still the factor of player skill because you can have a good weapon but not the skill to use it. That’s easily solved through practice; farming Elden Ring Runes will help. You can try them out, and if you don’t like them, you can switch to a preferred armament.

Have fun playing Elden Ring with all these weapons!