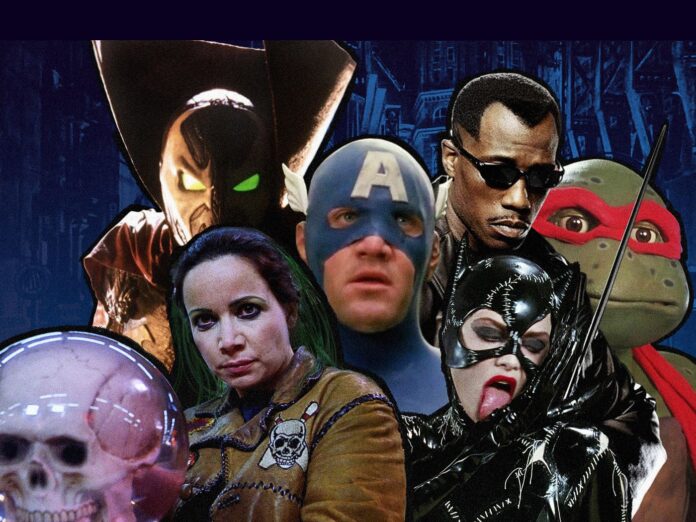 On Wednesday, October 5, Junkyard Joe #1: Special Black & White Edition will be available at your nearest comic book shop. From the beloved pages of yet another excellent job by Geoff Johns, you’ll find out about one of history’s unlikely and strange heroes. In these pages, you’ll be able to read a story of sacrifice and brotherhood, all in the name of Junkyard Joe.

Junkyard Joe, The Epitome of Loyalty

In this comic, Geoff Johns teams up with Brad Anderson and Gary Frank to tell the story of a mysterious robot who reckons he created himself.

Muddy Davis, a cartoonist who has retired from the U.S. military, has seen a robot as a serviceman, something the government denies vehemently. Not convinced, he creates a strip that tells the entire world about this humanoid veteran who is bravely serving the American flag. The bravery and unwavering loyalty of Junkyard Joe inspires Geoff Johns and company to celebrate their grandparents and others who served in World War II.

For Geoff Johns, Junkyard Joe is an opportunity to raise visibility for war veterans who, for the most part, are not celebrated as they should. Besides, it was a way to raise funds for the National Coalition for Homeless Veterans (NCHV) and Veterans Aid (VA), the leading authority that solely focuses on ending veteran homelessness.

What the Comic Offers the NCHV and VA

For every purchased copy of the Special Edition, Mad Ghost Productions, the brainchild of Geoff Johns, will donate $2. That should help NCHV protect the people who, years ago, risked everything and crossed continents to protect Americans and the world at large. Considering that Geoff Johns and DC have sold over 300,000 copies in some issues, the NCHV and VA could share $600,000 a year after the comic book sits on shelves.

CEO of NCHV, Kathryn Monet, says that NCHV will be eternally grateful to Geoff Johns and Mad Ghost Productions for being part of Junkyard Joes. For her, it is lovely to work with legendary comic figures who are helping to raise awareness about the many issues facing veterans and donating to their mission of ending homelessness. Indeed, Junkyard Joe: Special Edition is a unique project.

On the other hand, Dr. Hugh Milroy, CEO of VA, found it surprising but was equally delighted that his organization was a beneficiary of the project. The stories of Geoff John’s and Garry Frank’s grandparents moved him, and choosing to roll out the red carpet for war veterans was honorable.

For the comic readers, he said, “Comic fans of Junkyard Joe who buy the comic may never meet the former servicemen and women, but their contribution would do something special to help restore dignity and independence.”

To conclude, note that Junkyard Joe #1 (not the Special Edition) will be available on Amazon Kindle, Google Play, Apple Books, and other digital platforms.