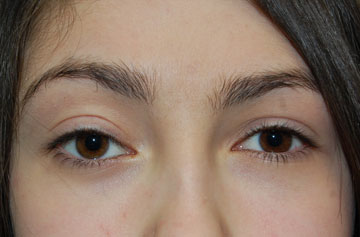 Our eyes are the windows to our perspectives, personality, actions, and moods. A single gaze can convey a wide range of emotions, including delight, sadness, curiosity, pleasure, agony, and just about everything else.

However, those with acquired ptosis, a low-lying upper eyelid that is out of the ordinary and partially blocks their vision, may have problems maintaining eye contact and communicating with others.

Millions of US citizens above 40 suffer from acquired ptosis, but unfortunately, only about 15% have been diagnosed. The number of people receiving treatment is even lower.

What Is Acquired Ptosis?

Acquired ptosis develops when the upper eyelid’s structural support for maintaining normal lid elevation is insufficient. Ptosis-inducing conditions can range in severity from neurological emergencies that pose a life-threatening peril to involutional processes that occur over time.

While ptosis is frequently mild enough not to impair normal vision, moderate-to-severe ptosis can hinder eye contact, impede your vision, and limit your ocular development. It can also cause undesirable side effects such as amblyopia (lazy eye).

Acquired ptosis can have a wide range of probable causes, from mild diseases to more serious ones. It can affect anyone, and there is no gender, age, or racial distinctions in incidences. The normal aging process, however, makes it more prevalent in older persons.

Keep in mind that the process of lifting the eyelid is accomplished by the levator muscle. This muscle may sag as you age, resulting in a low-lying eyelid. It can be permanent, or it might come and go. Most of the time, however, the condition will improve on its own or with medical help.

The eyes and eyelids are among the most sensitive body organs, and any damage or interference with them can cause various problems. The following factors are known to cause acquired ptosis:

·   Nerve injury to the eye muscles

What Are the Symptoms of Acquired Ptosis?

The most common symptom of acquired Ptosis is one or both upper eyelids being low-lying. These low-lying eyelids may impact your vision in some circumstances, but for most people, this condition is often barely perceptible or irregular.

You might, however, notice that your eyes are particularly dry or runny, and your face appears worn out. This is because your eyes, which are likely the most affected, may ache, making you appear exhausted. In some cases, this symptom can affect your psychological well-being. This is because even when having a typical discussion, some people with severe ptosis may need to tilt their heads back constantly to see.

To rule out any underlying disorders, you should schedule an appointment with a doctor for examination. This is crucial if you’re experiencing migraine or headaches since you first noticed the low-lying eyelids.

Treatment of acquired ptosis is dependent on the precise cause and the degree of severity of ptosis.

Ptosis may occasionally be treated surgically to lessen the severity of the low-lying eyelids or correct sight problems. This surgery often aims to strengthen the levator muscle or restore the levator aponeurosis. Although the technique is secure, problems could arise. For instance, the surgery may occasionally fail to address the issue entirely. The other potential issue is overcorrecting. As a result, the eyelid is too high or too low, necessitating additional surgery.

Another method used in treating acquired ptosis is the prescription of ptosis crutch glasses, which can support the eyelid upward. This treatment is frequently the most successful when the low-lying eyelid is merely transitory. If you are not a good candidate for surgery, glasses may also be advised.

Ptosis crutches come in two varieties: adjustable and strengthened. Adjustable crutches are relatively flexible and are fast on one side of the frame. Reinforced crutches, on the other hand, are rigid as they are fastened on both sides of the frame. While all spectacles may accommodate crutches, metal frames are the most effective.

Treatment options for eyelid ptosis brought on by Botox injections include:

·   Stimulating the muscle with the back of an electric toothbrush.

Most of the time acquired ptosis poses no health risks. However, under other circumstances, such as driving or using other heavy machinery, having your eyelids drop could endanger you or those nearby.

The causes of the low-lying eyelid often affect your long-term prognosis, but this condition is typically only a cosmetic concern. There are, however, instances where low-lying eyelids can signal a more serious problem, so always check with your doctor first. 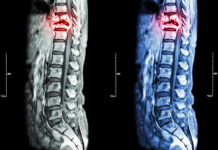 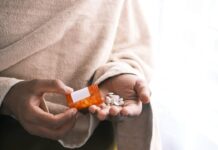 5 Signs of Teen Drug Addiction to Look Out For 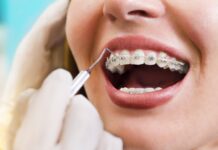