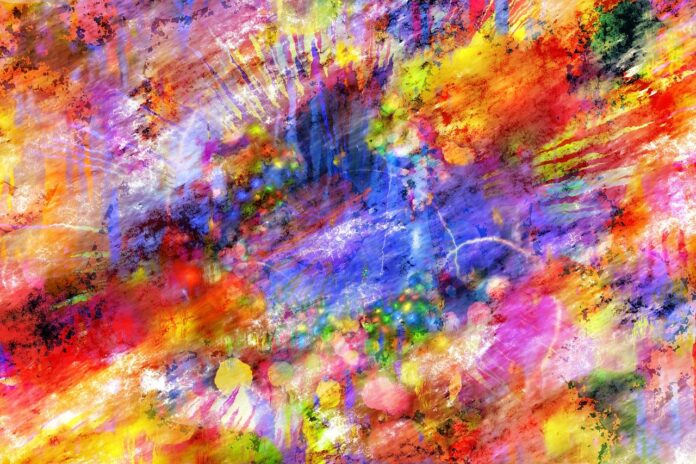 Modern Art is preferably the most famous genre in the art industry, known for its sheer avant-garde symbolism and approach. Many famous artists and art movements fall into the category of Modern Art which is often so sought after due to its unique aesthetic.

Willow figurines is a way of expressing emotion for someone we wish to keep in our hearts and minds. We believe that individuals can recognize perceptive representations or gestures of their loved ones, and from there, choose things that are particularly significant to them.

Modern framed Art usually encompasses compositions crafted in the 19th and 20th centuries. The exemplary evolution of modern art can be seen through a plethora of masterpieces starting with Monet and classical painters, moving onto the newer 20th-century painters like Jack Pollock.

To understand the eclectic style that modern art exudes, one has to scrutinize the paintings meticulously, get behind the lens, and really delve into the artist’s mindset. So, let’s cut to the chase and gawk at some of the paintings that had a significant impact on modern art. 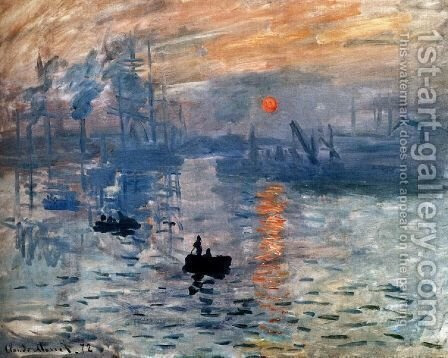 Claude Monet has been considered a huge catalyst in the modern art movement through his impressionistic compositions. Towards the maturity of his career, he started exploring abstractions which paved the way for modern art to be molded in a certain way.

Monet had a unique way with this paint; he would slap the tints straight out of the tube, unaltered and painted in big swatches with a very loud as well as diverse color palette. He’s known for his loose brushstrokes for which he went out of his way from the deigned norm ad was heavily lauded for it.

This painting is an amalgamation of all those things with subtle but impacting work with natural light spreading a yellowish glow all over the harbor, making it aesthetically pleasing. Impressionism inspired many of Monet’s contemporaries like Renoir and Edgar Degas whose brilliant masterpieces also left an indelible impact on modern art.

Vincent is one of the most popular and talented painters of all times and periods. He channelized his raw, personal trials and tribulations into such ecstatic compositions with a brilliant intermingling of bright hues, light, and shadows. After this painting, he went into the caste of Post-Impressionists like Paul Gauguin, Henri Toulouse, and Paul Ceźanne. 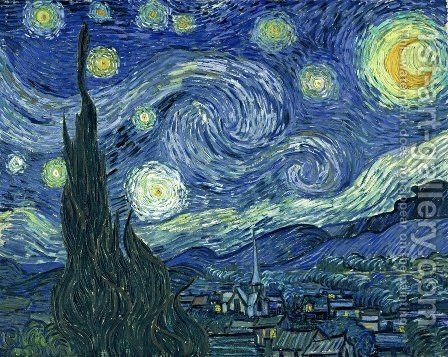 He was motivated by the immensely beautiful use of light and shadows by the Impressionists like Monet and intended to push the boundaries in his way. He began working in a distinctive way, creating his painting techniques like impactor on the way to here.

That’s not all! He delved into the realm of emotional and subjective representation of things rather than a realistic representation as he drew this with his distorted vision from an asylum’s window. His contributions along with other Post-Impressionist artists’ just cannot be thanked enough to push upcoming art to be more trailblazing and avant-garde.

The Joy of Life by Henri Matisse 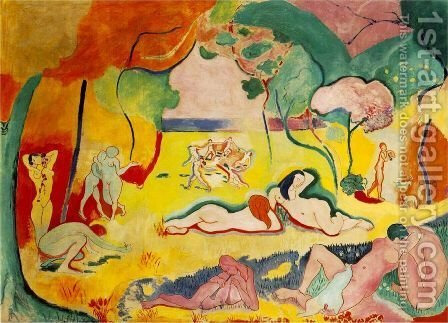 Henri Matisse is a name synonymous with an explicitly expressionist artist who would leave an impactful legacy of his work to be contributed towards the growth of modern art. He was one of the few groups of artists who founded Les Fauves along with Andrè Derain which first appeared in 1905 in Paris for the first time.

They were the ones who directly led the Fauvism movement which dealt with unrealistic tones, much like the Post-Impressionists. Their artworks also emphasized individualistic perceptions poured onto a canvas and that’s exactly what they promulgated. He would make recognizable figures but they were abstract to an extent like in this particular painting which is immensely expressive yet has some vagueness to it.

Mark Rothko is famous for his bold tints painted simply on the canvas which exude powerful symbols and expressions that can’t be comprehended at the first glance. He was someone who didn’t want to be categorized so he never identified with any particular art movements. But, he was considered a Surrealist and Abstract Expressionist by art critics.

He started with painting about Greek mythologies but fell into abstract art in the 1950s when he started giving numbers instead of names to his artworks. Like this painting, his work wanted to invoke string and raw emotions onto the onlooker through the use of not vivid imagery but vivacious colors which definitely left an impact. Most of his paintings were like this—having a vertical format and absolutely no frame, alongside conjuring spirituality and sensuality.

Pablo Picasso had an enormous phase in his artistic career when he was especially inspired by African art and Primitivism which had a huge impact on modern art. His travels in Africa exposed him to their true culture which is when he started embodying African masks and similar silhouettes into his paintings.

This painting caused quite a stir in the art industry as it portrayed five women prostitutes, posing completely unclothed but drawn in geometrical shapes. This avant-garde aspect intended to detach the female nude body with eroticism and focused on the women, two of whose faces were directly borrowed from an African mask. This painting considered frivolous by many went on to influence many artists for many decades and still, does.

Modern Art heavily banked on the artist’s eclectic style and interception of art. These master artists and art movements have contributed heaps to modern art. They have reinterpreted artistic mores to mold them in an avant-garde manner which left the world completely unrecognizable and surely, revolutionized. To see more of such masterpieces visit https://www.1st-art-gallery.com. 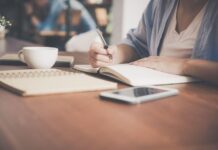 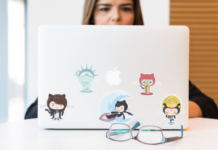 7 Tips for Designing Stickers for Beginners 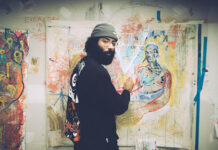 How to Support Local Artists