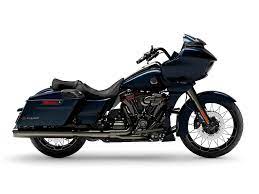 Every Harley owner loves their bike. For some people, though, the idea of upgrading is always at the forefront of their minds. In recent years, serious motorcycle enthusiasts have been flocking to the Harley-Davidson CVO Limited line not just because it’s considered the gold standard when it comes to features but also because these bikes are fully customized.

What Is the CVO Line?

While both CVO Limited and Ultra Limited models are considered premium motorcycles, they differ in terms of both options and price. The price for the Limited starts at around $40,000 but does not offer any ability to customize the bike. The Ultra Limited price range starts much lower at around $26,400. However, most riders take full advantage of the model’s paint and finish options and other upgrades.

Although the CVO Limited and Ultra Limited have identical wheelbase lengths and steering geometry, which means they handle similarly, the CVO Limited is heavier. With all of the added equipment that comes standard on this model, it weighs in at 940 lbs versus Ultra Limited’s starting weight of 896 lbs. In most cases, the extra 50 lbs will not make or break a buyer’s decision.

Both CVO models have an impressive amount of premium standard equipment. The Limited and Ultra Limited both feature cruise control, anti-lock brakes, and a wireless security system. In terms of entertainment packages, both have a 6.5″ color touchscreen and infotainment system with four speakers. However, the CVO Limited boasts 6.5″ speakers that get 75 watts per channel, while the Ultra Limited has 5.25″ speakers that get only 25 watts per channel.

The CVO line has been around for a few years, which means that riders will have their choice of buying new or used. Most riders interested in upgrading to a CVO Limited or Ultra Limited do so because they want to take advantage of the fact that the line incorporates all of the newest designs and performance features. However, Harley-Davidson’s CVOs are built to last with rugged frames and highly advanced engines, which means used models are usually still in fantastic shape.

Where to Buy a Harley-Davidson CVO

The best place to find a new Harley-Davidson CVO Limited or Ultra Limited motorcycle is at a reputable dealership. Because these bikes are truly limited-edition, it’s rare to see them being resold. However, a good dealership will offer buyers the greatest range of both new and used motorcycles, sometimes including those in the CVO line. Call ahead to find out what’s available for a test ride at a local Harley-Davidson dealer. 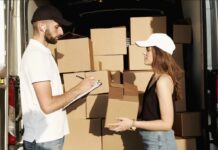 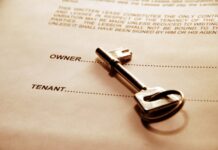 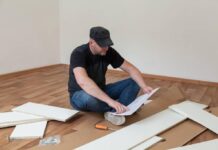 To Ensure Your New Furniture is Correctly Assembled, Use a Furniture Assembly Service

Buying a Vacation Home In Topsail: What You Need To Know

What Is IPL Photofacial?