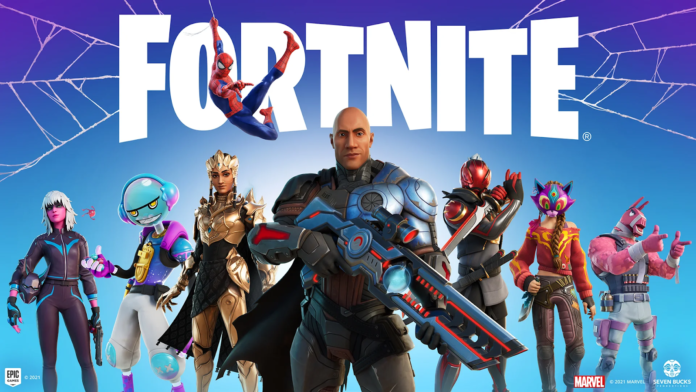 When there are collectibles, there are collectors. Fortnite has a lot of them, and the ones that attract the most attention are skins. You can have quite a lot of them in your drawer, especially if you know well how to get free skins in Fortnite or are ready to invest. But what does it take to have all of them? Let’s review this matter in detail.

What Skins Are There in Fortnite?

As you start a random game in Fortnite, you may be surprised by some familiar characters you get. Fortnite has imposing warrior skins, comic skins (like the famous banana), animals, humans, aliens, and so on. But the most interesting thing is that it involves skins inspired by characters from other universes.

Each collaboration (in which Fortnite is pretty active) results in a skin that is either unique or made after some famous character. Some are even made after real persons: gamers (Ninja), streamers (Lachlan), sportsmen (Neymar Jr), or deejays (Marshmello). But how many of them are there?

Which Skins Can One Get at Any Moment?

At any given moment, only a limited number of skins can be available as rewards for quests of the current Season. While you can complete the most basic quests and level up without your Battle Pass, the most attractive and valuable skins don’t come for free. Indeed, for the best one, you need to pay twice: first with your money, and then with the time you spend on the game.

Each Season brings some exclusive skins that are available just temporarily (though sometimes they return). To get such a skin, you need to get yourself a Battle pass (or even a Fortnite Crew subscription) and complete a row of certain quests. If you join at the beginning of the Season, you have more time to complete these quests and get the skins or other rewards (dance moves, graffiti, finishes, etc.)

So, the Total Number Is…

The number of skins constantly builds up, giving us incredible numbers. As for August 2022 (or Chapter 3 Season 3), there are 1393 skins of Fortnite. One thousand three hundred ninety-three, no typo. It doesn’t mean that with a large sum and an intention, you can get all of them. The matter is, skins on Fortnite tend to expire, being available for a certain time. For example, for August 2022 (Chapter 3, Season 3), there are only 2 skins available for free, and some more are here for Battle Pass or Fortnite Crew owners. And still, one has to complete quests to claim their Darth Vader or Indiana Jones skin. As the Season ends, they will expire.

More than that: skins cannot be transferred from one account to another. Technically, the only way you can get them all now if you missed some is to buy accounts that have missed one (if you find a seller because many Fortniters are unwilling to alienate their pride).

Does Anyone Have Them All?

The final question you may ask is: does anyone have all the Fortnite skins? Well, there is such a person (or at least there was, as for April 2022). The account named “Ashtvn” has all the skins that had ever been available at the moment, and its owner demonstrates his collection on YouTube. Though it has cost a lot of money (approximately $23,000), it also cost a lot of time and some luck. Other accounts boast an almost full collection of skins and accessories.

But it takes more than a fortune on Fortnite: it means years of life spent this way. If you play Fortnite for fun or even as an esports person, you can settle for the skins you really love because there aren’t so many of them, and the full collection is now out of reach. So now, as your curiosity is satisfied, you better leave your regrets and calculations behind and just enjoy the game.