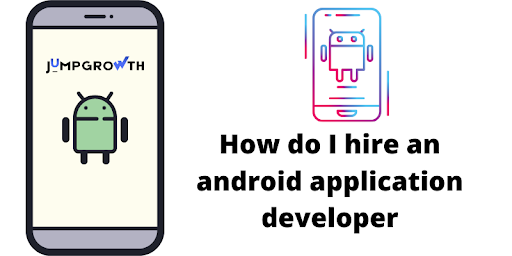 Here is a list of crucial developer talents to look for when hiring Android developers for an app development project:

Developer talents to look for when hiring Android developers

Java and Kotlin are two of the most widely utilized programming languages for developing Android applications. The main concepts of these two programming languages, including syntax and fundamentals, frameworks, multithreading and concurrency, functional programming, and generics, must be understood by developers.

This is a pre-assembled set of code that makes it much easier to create Android mobile applications. Android SDKs are important for all Android developers. For example, suppose you wish to connect your application to Facebook. To expedite development, your team must utilize a Facebook SDK.

Android Studio is an essential Integrated Development Environment (IDE) that supports a variety of Android SDKs.

APIs are used to connect apps to external services or other apps. For instance, you can utilize Google APIs to determine where your customers are, assist them in locating nearby locations or embed a map in your app.

Your app handles a large amount of data and must communicate with a remote database. App developers commonly use Firebase to store data in the cloud and make it accessible on all devices. If consumers wish to use the application when they are not connected to the internet, developers must be familiar with SQLite databases.

Unlike Apple, Google’s apps did not initially have a uniform appearance. Google’s Material Design is a new set of guidelines for designing things. It is the foundation for UI/UX design.

Acquire knowledge of business processes and the SDLC

Developers must understand the rationale behind their business decisions. It will assist them in identifying the most crucial features, planning the development process, and creating a mobile app solution that fits all business requirements.

Which technology stack should you employ for your Android application?

The selection of the appropriate mobile technology is a crucial step in the development process. And when it comes to creating Android applications, there can be lengthy debates regarding whether strategy, technology, or framework is optimal for a particular project.

Before picking which technology stack to utilize for Android app development, you should know the features and upcoming additions. You must also determine whether you require a native or cross-platform app. How much you charge for your Android app depends a lot on how complicated it is, how many features it has, and how good it looks.

Java and Kotlin are two of the most popular ways to code Android apps. So make sure the android app developer you’re choosing is a geek in both languages.

As far back as it can be traced, the Java programming language has been one of the most widely used. Java is frequently in use since the May 1995, and users count is rapidly increasing day by day. It includes the Java Development Kit, the Java Runtime Environment, and the Integrated Development Environment for developers, and it might all a developer needs.

Java is always the first choice to develop enterprise applications. No other programming language can compete with Java regarding high-end app development projects and emerging technology.

Kotlin for the Android platform

Kotlin is a brand-new open-source Android programming language that has received official endorsement from Google. The nicest feature is that migrating from Java to Kotlin does not necessitate rewriting the entire project.

If you’re working on an Android app, it’s a direct competition with Java. Developers of JS, Swift, and Python are also using Kotlin. A recent JetBrains study found that large firms prefer to hire Kotlin engineers to build Android apps.

How to find and recruit Android developers

Because they lack the necessary technical expertise, not everyone can write, compile, or repair errors in Android apps. Typically, you will need to engage a developer for this task. It might be difficult for business owners to locate and employ developers. Here is a guide to locating the most qualified Android app developers for your project.

Create a technical summary of your project

Collect all tasks and business requirements in a single file. While searching for app developers, you can easily give them the file.

Select the most effective model

There are numerous ways to create an application. You can employ a team of app developers or a corporation to develop mobile applications on your behalf. Using in-house app developers is the most expensive option for creating an app. As a result, the majority of business owners opt to hire outside support. Outsourcing grants you access to a larger pool of developers and enables you to construct your application more quickly and affordably.

Check that everything is clear, and then sign the contract.

Discuss everything associated with your app development project, establish deadlines, negotiate the timing and organization of your daily or weekly meetings, and request rough cost estimates. Remember to discuss security and sign NDAs.

These are the things that you need to consider before recruiting any app developer to build your dream application. You can smoothen the process and get rid of all these hassles by hiring JumpGrowth’s professional developers and hiring a dream team that can make your idea into a successful app within no time.

When you hire remote developers with JumpGrowth, you get an entire professional development team (with a project manager) and flexibility to add more developers to complement existing in-house staff. You now never have trouble finding Android developers, designers, QA engineers, or project managers.

You understand how to employ Android developers to create your first Android application from scratch. You can also contact JumpGrowth to achieve your dream quickly and in a hassle-free manner. At JumpGrowth, we employ innovative technology experts that are superior from the rest. 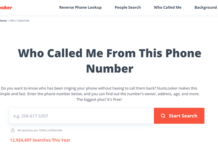 Who Is Calling Me From This Number? 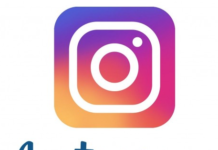 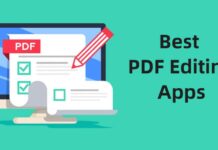 Top 9 Reasons Why You Need a PDF Editor

Transport Chair vs Wheelchair: What Are the Differences?

Your Guide to Getting Started With Kids Baseball

In Home Personal Trainer Near Me: How To Choose a Personal...

Can You Be Denied Life Insurance?