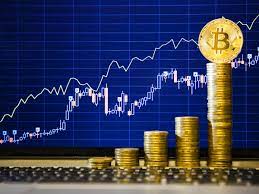 Cryptocurrency or cryptographic money is a digital form of money or currency that is entirely virtual. The actual data is stored in codes and can be tracked through different software. It is an online form of money that is used can use to buy other products. Nowadays, not many countries accept bitcoin. Due to the growing influence of Cryptocurrency, companies have begun to purchase bitcoin like the online payment called PayPal, which allows its customers to buy and sell bitcoin. Bitcoin without its code is just useless. Cryptocurrency utilizes a technology called peer-to-peer technology, which is open-source without any foremost authority or banking system.

Working of Cryptocurrency and bitcoin:

Cryptocurrency is a digital currency or software with defined processes. Bitcoin has a proper safeguard system to prevent online fraud. The core built-in blocks of Cryptocurrency are:

While starting bitcoin trading, first, a bitcoin wallet is installed on a cell phone or any other device, a bitcoin address is then generated, which can be shared with friends, but people can use the address only once. The whole bitcoin network relies on the blockchain, a public ledger. Blockchains include all the transactions and withdrawals. Blockchains allow calculating spendable balance by bitcoin wallets to verify new transactions to ensure that its owner has owned the bitcoin. The order of blockchain is set up and worked on through cryptography. Bitcoin has a piece of data known as a private key and signs different transactions. Then all the transactions are confirmed after ten to twenty minutes, once the mining process is done. Mining is used to verify any pending transactions by considering them in the blockchain. To confirm the transactions, they are packed in a block that fits all the cryptography rules and is verified by the network. Blockchain also allows getting access to the history of bitcoin so that no unfair transactions can occur.

How Cryptocurrency goes up and down:

Cryptocurrency is not governed by any core authority, government, or banking system. Although government Backing a system can provide trust in the value of any currency, consumers will be satisfied. But unfortunately, Cryptocurrency is not centralized, so the price fluctuations depend on the following sources

In any market, the rate of anything is followed by its demand and availability. When the demand increases and supply is limited or more minor, the price and need of a particular thing increase. The exact process is being implied in cryptocurrencies. Some cryptocurrencies also burn the existing tokens to prevent the increasing supply and slow down the fluctuations and inflation— demand for bitcoin increases when any company gains awareness of bitcoin. Demands also increase when supply becomes limited.

The mining process produces cryptocurrency tokens, and the process of minings includes using a computer to verify the block-on-block chain. Blockchain is verified through computing power. The cost of bitcoin production includes electricity to mine the bitcoins and the fixed cost of infrastructure.

Cryptocurrency wallets providers collect quotes for swapping cryptocurrencies across exchanges. A fee is taken for it, thus increasing the cost of investing.

About 1000 cryptocurrencies have been developed to date, and new projects are launching daily, but creating a cryptocurrency depends on building a network of users. The competition changes

Daily, if a new competitor enters, the existing competition declines. More than 1000 cryptocurrencies have been formed to date, and their price fluctuates daily; someday, there is enormous profit and a huge loss. In 2017, Bitcoin was shining over all currencies by 80 percent, and all big companies had a bitcoin share. However, the percentage decreased to 50 percent in 2021 due to the introduction and awareness of new currencies. Now, after so many years, bitcoin trading has made its way towards the world’s most trusted online investment platforms.

When the cost of a fiat currency falls, eventually, the cost of Bitcoin increases, this happens because more of that currency can be bought using bitcoin. This phenomenon is being applied by mark banks such as FED and ECB; they make more money and keep low-interest rates. The all-time high cost of bitcoin was reached on 8 Nov 2021, worth $68,521.