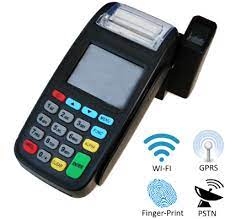 It’s worth taking a moment to remind ourselves just what a profoundly influential role barcode scanners – otherwise often referred to as ‘handheld terminals’ – and the associated barcode technology have played in our day-to-day lives and commerce.

It was ‘only’ in the mid-1970s that barcodes began to be used on retail products in the manner we tend to take for granted today.

That was the culmination of a journey traceable as far back as the 1940s, when a Philadelphia grocery store chain asked Drexel Institute of Technology researchers to look into developing a means by which product details could be automatically read at the checkout.

The invention of the barcode scanner – and how it works

Today, if you type “who invented the barcode” into Google, you will be presented with the name of one of the innovation’s co-inventors, Norman Joseph Woodland. And it was Woodland who also effectively brought the barcode scanner into being, to enable barcodes to be instantly read.

He accomplished this by creating a device adapted from the Lee de Forest movie sound system. That particular system – which dated back to the 1930s – detected the light from a movie projector as it shone through the side of film, using a sensitive tube.

It was through this process that the detected light could be converted into sound – and Woodland’s scanner worked a similar way, except that it converted the reflected light into numbers.

Why have we explained all the above to you? Well, it’s simple, really; to make the point that barcode scanners incorporate truly remarkable technologies and processes that we take for granted too often. In fact, we often don’t stop to truly appreciate the impact of that technology, until a problem suddenly arises with the handheld terminal we’re currently using.

After all, today’s handheld terminals are typically very sophisticated things, incorporating such elements as touchscreens, LCD displays, and – of course – the scan engine.

There’s scope for issues to arise with all of these aspects of a barcode scanner, as well as, in more serious cases, the mainboard. And that could necessitate the attention of people – such as our team here at Mobile Computer Repair – who specialise in cost-effective handheld terminal repair.

So, if I suspect a problem with my handheld terminal, what should I do?

Before we go any further, we should probably emphasise that not everything that might initially look like a fault with your handheld terminal, actually will be.

If, for instance, you find yourself struggling to read a barcode with the scanner, it might turn out that you aren’t holding the terminal correctly for effective reading of the given item. Or the scanner might not even be configured for the symbology you’re attempting to read.

But of course, if you enquire to a renowned handheld terminal repair specialist like Mobile Computer Repair, we can help you quickly rule out any such issues, before we get onto the matter of what exactly could be bedevilling your device, and how we can fix it for you.

Our own repair service offers a swift turnaround of up to five days, with the initial assessment being free of charge. If we do go on to repair your handheld terminal for whatever problem it turns out to have, we will also provide a 90-day repair guarantee. You can expect to be back using your handheld terminal with minimal fuss, in next to no time!

To find out more about our swift, convenient and reasonably priced service, please don’t hesitate to give Mobile Computer Repair a call today, on 01202 606700. 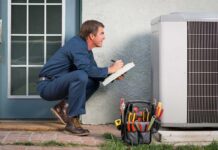 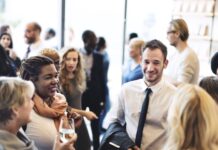 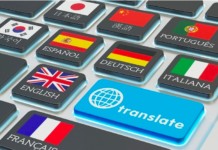 Why do you need English certified translation services in an increasing global economy?