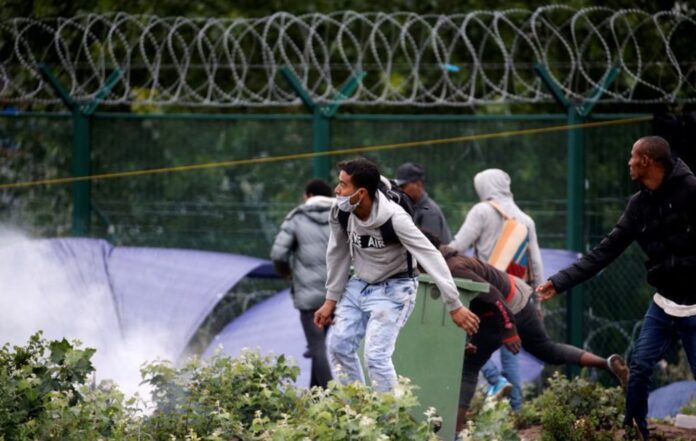 French police on Tuesday dismantled an immigrant camp in the northern port of Calais, from where thousands of illegal economic migrants and would-be asylum seekers have attempted to cross the English Channel to reach British shores.

A police source said the operation began shortly before dawn. The makeshift camp was home to about 700 migrants, the source added.

Several thousand migrants have attempted the dangerous crossing this year, often paying human smugglers to help them cross one of the world’s busiest shipping lanes in overloaded rubber boats.

Britain has repeatedly pressured the government of President Emmanuel Macron to do more to prevent migrants from leaving France. The British government has called unacceptable the high number of people who made the crossing illegal this summer.

France says it has stepped up patrols.

Many of the migrants are from Afghanistan, Iraq, Iran, Syria, and African countries, fleeing poverty, persecution or war.