What would you do if an extra few hundred dollars fell into your lap? It’s something everybody fantasizes about, but for thousands of people across America, it’s actually happening.

How are those folks laying hands on extra money, and how can you? The answer is unclaimed assets.

Lots of people have unclaimed funds that the government is holding onto. Do you want to know if you’re one of them? Read on to learn more about unclaimed assets and how to claim them.

What Are Unclaimed Assets?

Let’s start with the basics: what is an unclaimed asset? Depending on your level of financial literacy, you may or may not know that an asset is anything with value that you can claim ownership of.

The Office of State Treasurer holds on to unclaimed property. Funds can go unclaimed for a number of reasons; perhaps the Treasurer was unable to reach the owner, or the owner passed away and no heirs knew to claim the asset.

Whatever the reason, the government will hold onto the unclaimed assets until someone claims them.

Unclaimed assets can come in many forms. One of the most common is that of bank accounts. Often, when someone passes away, they leave behind a bank account that their children or spouse had forgotten about.

These accounts might have a surprising amount of money left in them, simply waiting to be claimed by an heir.

Similarly, a relative may have had a safe deposit box you were unaware of. The contents of this box could be anything, including cash or even stock certificates.

If you do stumble onto some stock certificates, do a bit of company research on them. Depending on the company, it’s entirely possible you’ll be able to cash in old stock certificates for a good amount of money!

Uncashed checks are another common form of unclaimed property. Maybe someone in your family forgot to cash something before passing away, or maybe a change of address prevented a check from reaching you.

Recovering unclaimed assets is as easy as filing a claim. Right now, it’s easier than ever to find and claim your unclaimed funds. The process is simple and can usually be done over the internet.

The first step is finding the right program for your state. Once you’ve done that, you just need to follow the instructions on-screen to search the Treasury’s database.

If something comes up that you think belongs to you, you’ll need to fill out some paperwork to claim the asset. It may take several weeks for the claim to be processed.

Assuming that your claim checks out, you’ll be all set–and hopefully a bit wealthier than when you started!

It’s a pleasant surprise to find unclaimed assets waiting for you. Who couldn’t use a bit of extra cash, right? Checking for unclaimed assets is simple and fast, so there’s no reason not to give it a try.

If you’re looking for more traditional ways of making some extra money, check out our business blog! 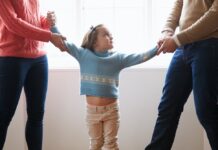 4 Reasons Why You Need A Family Lawyer 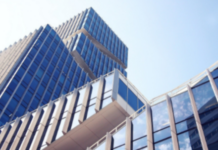 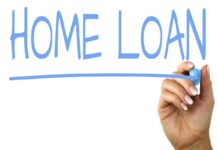 Explaining The Top Benefits Of Home Loan On EMI