An e-bike is a bicycle equipped with an electric motor to assist you in getting around. In many ways, it’s like riding a regular bicycle, except easier. From street bikes to full-suspension mountain bikes and everything in between, there are a wide variety of e-bike options. We’re interested in urban e-bikes that may be useful for a variety of purposes, including commuting, transportation, and recreation. These high-quality e-bikes are visually appealing and long-lasting.

At its essence, an electric bike is nothing more than a standard push cycle. They only need a few extra parts to make it work, such as an electric motor, a battery, a sensor, and an electric display. Pedal assistance is a standard feature on all of our electric bikes. Pedals must be moving before the motor can get going for it to get powered up. This allows the rider to receive a good workout while also making the ride more enjoyable.

Why you need to Use Urban E-bikes

Many important factors that have to be considered when deciding why e-bikes are more safe and popular than traditional bikes. Some reasons why you need to use e-bikes are as follows:

Ride Faster with no Effort

You’ll get to your destination faster and more easily than you would on a standard bike. Depending on how you ride, you can reach speeds of up to 20 mph on some cycles and up to 28 mph on others without exerting much effort.

The more you pedal, the greater the boost and the faster you ride will be. E-bikes allow you to go at a quick speed. You also save time by not having to change dress or clean up after yourself when you reach your location.

Even the steepest of hills can be climbed in a breeze, and we are not talking about the breeze created by panting and sputtering.

When it comes to inclines and topography, electric bikes are more than capable. Mid-drive motors are even better for climbing steep hills rapidly because they can handle the torque better.

While it appears counterintuitive because you can travel faster than on a standard bike, you also get a smoother start from halted places, allowing you to move through an intersection more steadily and quickly. It’s easier to handle your bike when there are cars close when riding up steep hills.

Electric bicycles are no more or less risky than conventional bicycles, depending on your perspective. The dangers of riding an e-bike may be distinct from those of riding a traditional bike. The good news is that taking proper precautions can help you avoid almost all of these hazards.

Relief to your Joints

E-bikes don’t put pressure on joints, they feel much easier on the joints. Make use of the electric drive to relieve some of the strain on your hips and knees. No amount of physical activity will exacerbate any existing joint discomfort. And, yes, even if you have arthritis, you can ride a bike. It’s highly recommended because it’s an excellent form of cardiovascular workout.

E-biking has been shown to dramatically reduce joint pain, physical limitations, and stiffness as well as improve quality of life in middle-aged and older people with osteoarthritis. In addition to improving muscle function, cycling strengthens the heart, lungs, and blood vessels.

Your riding buddy may ride at a faster or slower pace than you are used to. If you’re riding with a friend, a Best Urban e-bike can help level the playing field.

To make up for inequalities in physical condition, an e-bike instantly levels the playing field so that your child may ride along with a buddy on an outing with complete confidence and without having to sacrifice their enjoyment of the journey.

Get rid of the Car

An electric bike’s comfort, speed, and efficiency make it a better alternative to a car than a traditional bike. Those who ride e-bikes do so more regularly and over longer distances than those who stick to the old-school mode of transportation.

People are buying electric bicycles to cut down on car trips and avoiding traffic and parking, as well as environmental concerns also indicate a desire to get out of the car.

The location of the electric bike’s battery might vary depending on the bike’s frame type and size. Each battery brand, model, and type has a unique charging time needed. Five to six hours is the normal charging time. Your battery may be recharged in the same way you would a mobile phone: by plugging it into a wall socket.

Have a great time with it!

You only need to give one a shot to see for yourself. A pal returning after his or her first test ride will likely be very happy.

To be honest, daily commutes are fairly possible thanks to the convenience and portability of e-bikes. And to top it all off, they’re enjoyable to use. Amazingly entertaining. When riding a pedal-assist e-bike, you burn 70-80% more calories in the same amount of time than if you were riding a traditional bike, depending on the terrain.

No need to worry about Theft

Theft of e-bikes is no more frequent than that of non-electric bikes. That is most likely because people lock their bikes up better and that a bike thief has to obtain a charger and a battery key to make the bike genuinely saleable.

Students can save money by riding an electric bike during the semester because they don’t need to pay for gas or a parking permit. Textbooks or, more likely, a great night out with friends can be purchased with the additional cash you have available.

Compared to taking a car or some other gas-powered vehicle, these human-powered vehicles with electric assist travel completely clean, with no carbon dioxide emissions or other pollutants.

They produce almost no pollutants, including no exhaust or noise.

No matter where you are, what the weather is like, electric bikes are incredibly effective and adaptable. 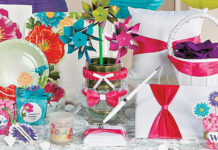 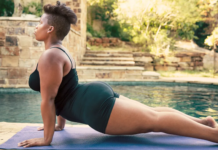 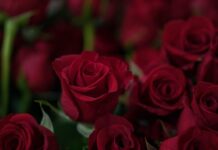 The Most Popular Types of Roses to Give or Get