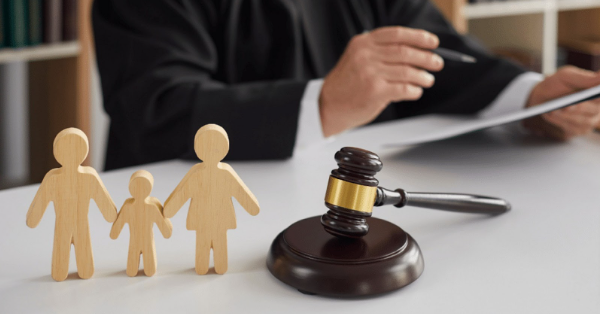 There is no such thing as having too much information about family law. This holds true especially when you’re going through a divorce, having issues with children, property settlement, and a bunch of other problems. Being well-informed on family law would prove to be very beneficial during these times, including picking the right family law lawyer.

The complexity of matters relating to family law can be overwhelming for anyone. Especially those going through such things for the first time. It would be an oversimplification to break such a unique experience down to any kind of generalisation.

When dealing with family law cases, a vital step to take is to discuss with a qualified family law lawyer or attorney. However, it is always beneficial to be knowledgeable about any situation before making decisions. Explained below are some verified tips from experts that would help you with family law cases. Note that all these tips are very practical as they are all things within your realm of control.

On What Legal Grounds Can A Divorce Be Obtained?

The laws surrounding a divorce differ depending on the state but tend to be based on either fault or no-fault. All 50 states in the US possess some form of no-fault divorce. Fault-based divorce, on the other hand, is typically an additional option in most states.

Cases where neither spouse officially lays blame on the other for the wreckage of their marriage are referred to as “No-fault divorces”. These divorces are commonly based on problems such as incompatibility, irreconcilable differences, irretrievable breakdowns, and so on.

Situations, where either spouse has lived or is living separately from their other half for an extended period of time with the intent of the permanent separation, can also warrant a no-fault divorce. It is important to note that the specific time period required to qualify for this type of divorce differs from state to state.

Cases, where a spouse proves that the other spouse committed an act that resulted in the failure of their marriage, can warrant a Fault divorce. While the grounds for such a divorce vary by state, there are some grounds that remain constant in most states. These grounds are:

Is There A Difference Between A Divorce And A Legal Separation?

While the legal process for both of these is the same, there exists some difference between them. Here are some of the major differences:

How Do Courts Determine How Much Child And Spousal Support A Person Gets?

While child care is typically divided equally between the parents, there exists a formula mandated by states for both spousal and child support. No reputable judge, however, or attorney calculates the specific support granted by hand.

A support calculation program called the DissoMaster program is typically used by judges and lawyers to calculate the specifics. This program is used by most law practitioners for most cases, with an exception for LA District Attorney cases, that is.

Excluding special instances, courts do not factor in a person’s monthly expenses when calculating child or spousal support. What gets factored in is the interest expense, health insurance, union dues, and IRA contributions amongst others. The property tax paid on houses is also factored in. This is due to property taxes being tax deductible. They also add to a person’s disposable income monthly.

Is Court The Only Solution?

No, going to court isn’t the only way to resolve family law problems. Reaching agreements out of courts can be very beneficial as the best solutions are typically gotten outside a courtroom. It’s, however, not always possible to reach an agreement out of court. In cases like this going to court might be the only solution.

When in a situation where your child’s parent or your spouse refuses to pay support and you do not work, it is advisable to go to court immediately. The same logic applies in a situation where someone is about to take a large sum of money from your business or your account.

How Long Does A Divorce Take?

There is no fixed amount of time for a divorce. The length of time taken to finalize a divorce depends on the circumstances of that divorce. The major determining factor for the time spent is how quickly all involved parties can come to an agreement. Common derailing factors are evasion, stubbornness, and animosity.

Can Child Support Be Enforced?

Yes, there are means of enforcing child support. Though there are multiple ways of enforcing the support, they must all be carried out through the court. Some of the methods that can be used by the court include wage garnishment, attachments to property, tax refunds, and income withholding.

In addition to these, there are punitive actions that can be taken by a court if these methods prove unsuccessful. Some of these are possible jail time, passport denial, and license suspension.

What Is A Joint Custody?

Joint custody is a term that refers to a situation where the legal custody of a child is shared between both parents after separation or divorce. There are two types of joint custody, the first of which is joint physical custody, with the second being joint legal custody. It is possible for a court to issue both types of custody over the same child.

Joint legal custody is when both parents have a say in major decisions concerning the child. These decisions can include the school attended, religious training, and healthcare. In some cases, this type of custody also includes methods of discipline, extracurricular activities, the age for dating, summer camp, and many more.

Dealing with problems concerning family law can easily get tedious and frustrating. Therefore it is advisable to be as knowledgeable as possible about the laws relating to any problem you might find yourself or a loved one in.

It would, however, prove tedious to try to learn all there is to know about family law as it spans a wide area. Therefore, it is advisable to speak to domain experts after acquainting yourself with some basic tips and bits revolving around your particular situation. 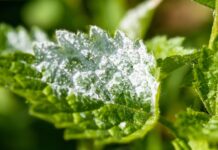 Is Powdery Mildew Destroying Your Plants? 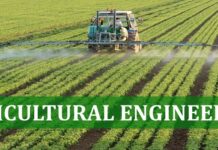 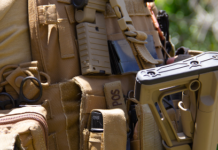 Guide on How to setup a Plate Carrier

What to Look For in a Good Business Consultant