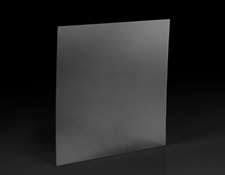 Broadband diffusers are a certain type of diffusers that can transform the radiance distribution from an input laser beam. The most sought after transformation is to convert a non-uniform distribution of a multi-mode laser, having peaks and valleys, into a Top Hat distribution with a well defined shape,  for uniform illumination. Unlike the standard diffuser, which consists of a random rough surface or volume, a broadband diffuser usually consists of a micro refractive surface, such as a lens array, with some modulation of lens properties such as  a change in the  curvature or height of each lenslet. This provides a rather useful extra degree of freedom when designing the element and eliminates order artifacts in the shaped illumination.

With a  standard broadband diffuser, the area within each lenslet is taken to be smooth. Then, going one step further, a well-defined microstructure can be superimposed on the entire optical element aperture. This addition can prove very useful for having greater control on the divergence angles and the final fine structure of the overall radiance distribution. A broadband diffuser with this added feature is referred to as the hybrid broadband diffuser. It combines the capabilities of both refractive and diffractive optical technologies. Given that the main dominant effect is the beam shaping provided by the lenslet array, the hybrid broadband diffuser still works rather well across a wide spectrum and with very similar results. Furthermore, just as like other broadband diffusers, broadband hybrid diffusers are considered to be insensitive also to beam size and small element tilts.

The output radiance distributions that can be generated with a broadband hybrid diffuser are highly varied and flexible . It can generate any geometrical shape and with a Top Hat, or Flat Top, radiance profile. They can also be used to generate hot spots within an otherwise uniform lit area. This type of radiance pattern is becoming very useful in 3D Sensing instruments where these spots are used to provide orientation.

Other important applications for broadband hybrid diffusers are time of flight devices, medical aesthetic treatments, digital cinema, and laser spectroscopy, to name a few. All these applications harness the important fact that a broadband hybrid diffuser can generate the desired output radiance distribution across a wide spectral range. For instance, in digital cinema projector systems, the imager device has to be illuminated uniformly with light from the three main colours (red-green-blue). Thus, a single broadband hybrid diffuser can be used for all three light sources at the same time, without having to replicate the same diffusing system three times with the consequent added volume to the instrument itself. 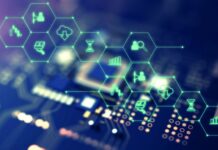 Where Can I Find White Label SEO Services?