In the 1970s, a color TV cost the equivalent of around $3,300 in today’s money. So, if you were going to invest in a TV back then, you wanted to be sure you were watching the best TV shows of the day!

The swinging 70s were an amazing time for TV, with some of the best ever comedies and dramas coming out of that time period, reflecting the changing, modernizing world.

Want to walk down memory lane? Or, just curious about which 1970s shows were the best? If so, keep reading to find five of the best TV shows of all time that came out in the 70s.

At face value, the Brady Bunch was a wholesome comedy about an all-American family. But it was actually incredibly groundbreaking, being one of the first shows to feature a blended family.

This iconic comedy and drama was set in the Korean War, featuring doctors and staff working in an army hospital. However, it was also an allegory to the Vietnam War, which America was in the thick of in the 1970s.

Many consider it the best sitcom of all time, but have you ever wondered where they are now when it comes to your favorite MASH cast members? We’re glad to say that many went on to have very successful film and TV careers.

Who shot J.R.? This was perhaps the most famous TV mystery, courtesy of Dallas. This was one of the most popular 1970s tv shows, with fans eagerly tuning in each week to watch this primetime soap, revolving around a wealthy oil family.

Any teenage boy from the 70s was likely to have a poster on their bedroom wall of the Charlie’s Angels. These sexy bombshells worked in a private detective agency and not only solved mysteries, but looked good doing it.

The feathery hairdo of Farrah Fawcett became an icon of 1970s style, thanks to the show, with millions of women copying the look.

5. Little House on the Prairie

This popular show, based on the books by Laura Ingalls Wilder, gave an insight into life in the midwestern prairie life of the 1800s. The Ingalls family, carving out a life for themselves as pioneers, was never without drama or excitement.

The Best TV Shows of the 1970s Are Worth Watching Again

We think some of the best TV shows aren’t the ones airing now, but classics like these 1970s icons. Even if you didn’t grow up in the 70s, you’re sure to love these amazing shows–look for them on streaming platforms or pick up some DVDs from your local store.

Grab some popcorn and settle in for a night of time travel—you’re sure to love stepping into the 1970s!

Enjoyed this article? If so, please keep reading to find more groovy content! 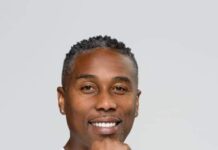