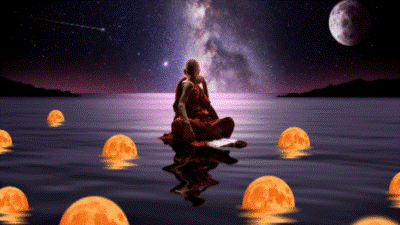 Season 2 has finally arrived in Diablo Immortal 2, and several changes have been made. What Monk Builds should players follow for this season?

Diablo Immortal is getting much more competitive as the game moves on to its next season. Players are trying to equip the best-in-slot items for their Diablo Immortal accounts to stay ahead of the curve. Monks, in particular, are some of the most challenging jobs to optimize due to their niche role in PvP and PvE. However, building this character properly can make it a formidable fighter on the frontlines.

Monks are master fighters who excel in hand-to-hand combat and their use of mystic arts. They rely mainly on their martial prowess and spiritual connection to overpower and take down their opponents. This class noticeably does not use any heavy armor or weapons. But these fighters use several Diablo Immortal items to augment their fighting skills. These martial fighters are commonly ranked as B tier in PvE and A tier in PvP due to their challenging playstyle and required optimization.

Monks are not the strongest in their early stages. Many other jobs will out scale these fighters during the progression phase. However, a properly built Monk can outshine other characters in the strength tree. This class is the fastest STR-type job due to their high mobility, giving them a considerable advantage over different strength-oriented types.

In the current season of Diablo Immortal, Monks are still ranked as B tier in PvE and A rank in PvP. This indicates that players will find these martial masters fighting other demon slayers more frequently than actual demons. While Monks excel mainly in PvP, they are still highly viable to the PvE scene if they are built properly.

Monks focus mainly on three attributes to amplify their power. Each combat stat provides specific benefits that allow players to last longer in combat. Here are the best combat stats for this class for PvE and PvP:

Monks is an STR-oriented class, so it makes sense that players focus on dumping points in this stat. Since this martial class tends to be in the frontline more often, allocating resources to Fortitude will increase this job’s armor and armor penetration, which increases their survivability and fighting capabilities. Vitality is the third best option for Monks. This attribute increases the maximum HP of the class, which also boosts their survivability.

Also Read: What is dot world of warcraft

Most players will spend more time doing Raids and PvE content, which is more abundant than in the PvP scene. In either scenario, Monks use their mobility and crowd control, making them exceptional in group content. While these mystic fighters have a strong teamplay synergy, they lack bits in the solo content department. However, this issue can be remedied by swapping out gear and skills. Here is the best PvE build for Monks:

Though players can use many skills, gamers should swap out abilities depending on the situation. Specific attacks are more suitable for the PvE scene due to their overall usability against mobs and supporting teammates. Here are the best abilities for this category:

These abilities are optimized mainly for group content in PvE. However, adventurers can take the liberty to swap skills that do not fit in solo gaming.

Monks who choose to play solo will have to do minor revisions to their build. Several skills are swapped out for more damage dealing-abilities. In addition, gear focuses more on damage-dealing stats. Other aspects, such as Gems and Gear Sets, are similar to the Group PvE Build.

For Solo gaming, the abilities are focused more on mobility and damage. Sustainability or survivability skills are not a priority here since equipping them will reduce the total attack power. Here are the recommended move set for this category:

The PvP build is slightly more complicated since it balances overall damage and survivability. Unlike Solo PvE build, arena players need to have enough damage to take down opponents while having enough sustain to survive being swarmed by hostile gamers. Crowd-controls are the Monks’ best friend in this scene since it allows them to shut down high-value targets.

For player versus player scenarios, Monks need to ensure they can survive getting swarmed in fights due to being frontline fighters. However, they also need to be mobile enough to compensate for their lesser durability than other STR classes. In addition, Monks need to emphasize their crowd-controls to lockdown and pin enemies. While this class doesn’t have much burst damage, their ability to combo and immobilize opponents are enough to eliminate anyone. Here are the recommended skills for PvP Monks:

Whether players fight other demon slayers or farm Diablo Immortal Platinum, gamers should understand what type of build they need. Knowing what items, abilities, and sets to use for Monk can make this class more formidable and powerful. Make sure to follow the guide that suits the specific situation they will be used in.