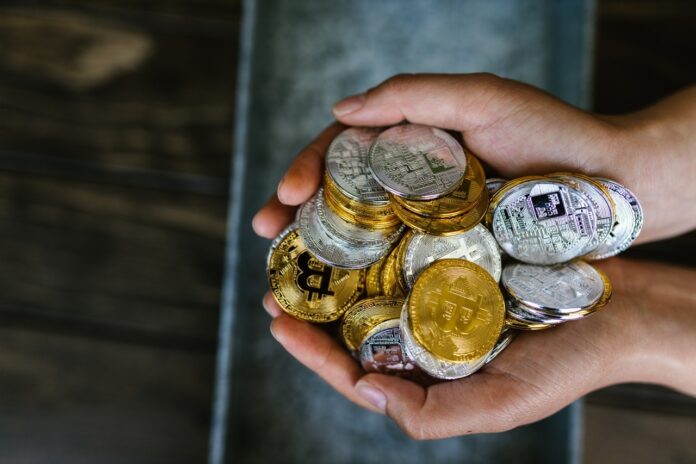 There has been a lot of hype these past couple of months about decentralized finance and the blockchain. For everyone that’s not an economics major, these words mean absolutely nothing. The crypto space is easy to understand as long as you master the basics.

For starters, it’s helpful to understand the blockchain in the way that it has been implemented. The best example of that is Bitcoin. This is the most widely known virtual currency, and every holder claims that it’s better than gold. The technology behind it is even better. Click on this link to read more.

That would be a large amount of data. Well, the Bitcoin core is the same thing, but it started a couple of years ago, which is still manageable. The difference between Bitcoin and the bank is that the bank would never give you access to that kind of information.

That’s because they work as a centralized institution. You just have to trust that every transaction has been correctly sent and logged. Compare that to cryptocurrencies which don’t have all the computers under one roof, and they aren’t run by a single person. This is what makes them so desirable and lucrative at the moment.

Let’s think of a corporation that has ten thousand different computers, and they’re used to keep information about their clients. It’s logical that all those computers will be in the same place and stacked on top of each other.

The company’s main goal would be to keep this information private, and they would have complete control over the data. Bitcoin works in a similar way that it’s made of thousands of computers, but the blockchain is run by all of them together.

Every single machine works as a node, and all of them must agree that a transaction is valid before it enters the chain. This is what makes it decentralized. Instead of one company having all the data, each of the computers has a log of everything that’s happening and everything that has happened.

If a mistake happens on one computer, then the rest of the network will correct it. This is what makes it immune to hacking attacks. The longer it goes, the harder it gets for someone to interfere with the network. This means that you can’t change anything from the past.

If a hacker tries to send an invalid transaction and add it to the chain, the entire system will reject it and find the one responsible for the wrong data. If we raise this concept on a higher level, it can include state identifications and legal contracts. The use of this is immeasurable because, in the age of fake news and disinformation, this can serve as a pillar of truth.

If anything were to be changed in the entire system, most of the processing power would have to agree on the modifications. This means that it will always evolve into what’s best for humanity. The reason why it’s so revolutionary is that you can carry a copy of the chain wherever you go.

You can pay for anything you like without carrying a credit card or a wallet. The only thing you’ll need is the seed phrase for your wallet. Since the world is progressing towards a cashless society, this is the best way to do it since the transaction costs are lower than what the banks offer. The downside is that many decentralized exchanges have been hacked, and most people would have to keep their coins on a physical wallet.

New projects are popping up everywhere that are trying to make improvements to Bitcoin. These projects are also known as altcoins. When it comes to altcoins, they can either improve the original by making it faster, better, and more usable, or they can create something completely new.

For example, PKT Cash is an original idea and it’s the first one of its kind. You can go to pkt.cash to read more. The main goal is to create decentralized access to the internet. Most people remember when the internet was becoming mainstream. It was home to thousands of different websites that wanted to share information with the world, and search engines weren’t used as shops.

Now, everything is commercialized, and you can’t get the information you want because there are so many ads stopping you. The current state of the internet is like going through a giant mall with flashing signs popping up in front of your face every couple of seconds.

By giving a part of your bandwidth to this new network, you can be a part of the decentralized net. This project has a roadmap of a couple of different things they wish to achieve. The first one is to create a marketplace for virtual private networks.

This means that you could be able to browse the internet completely anonymously. This is a great practice for people that are dealing with sensitive information since the community will auction for the prices.

Of course, the minimum price would be zero. Another great addition is the support of low-cost internet. The more you share, the more you earn, which can create a complete circle and eventually make it self-sustainable.

How to Get Started on Your Fitness Journey

What Are the Main Causes of Ear Pain?