The current Counter-Strike: Global Offensive competitive season has come to a conclusion after more than 11 action-packed months and two Major tournaments behind us. Both Majors took place according to an RMR LAN format of play, with all the teams competing in the citizenship country of the majority of the players.

However, Valve has introduced the new format of Major RMR events in order to track results across multiple regional qualifiers and better identify the squads that should be invited to the “next phases” of future contests. Due to this, the system is mostly focused on a new CS:GO ranking and invitation.

All these changes, which we analyze below, have a more international representation, both the main tournament and access to it present new changes compared to the previous editions. So, let’s take a closer look at the new path to Majors.

The New Path to Majors

As mentioned above, Valve has applied new changes to reach the big appointment of CS:GO in 2023. For good or bad, these changes are definitive and designed as close as possible to a basic structure with the goal of broadcasters the Major qualification process.

For recent Majors, regional standings were mostly determined by a team’s performance and their current result. As for now, Valve has officially released standings for the SA, NA, EU, and SEA, using an algorithm that includes a team’s prize pool earnings, the strength of their rivals, and their H2H meetings against other teams. Hence, rival strength ratings will be heavily affected by the squad’s expected vs. real winning rate.

According to the official Dec. 24 cover.gg standings, Team Liquid is on top of NA, Heroic leads the EU, and Lynn Vision from China is the top-ranked squad in SEA. The current Major champion, Virtus.Pro, is third in the EU only behind Heroic and G2 Esports.

With the November update, the game developer also confirmed that new invitations would be added to the closed qualifier before the RMRs. And the regional standings, discussed above, will be first used to officially define which squads will get invited to the closed qualifiers for RMR events. The latter is the regional qualifiers that define who will advance to Majors and the phase they will begin in (LCQ, Play-In, or Group Stage).

In addition to Valve’s official announcement, Liquipedia has confirmed the changes that have been applied to the Major rulebook recently. Here are the most important details:

Speaking of the Last Chance for 2-3 teams, they will move directly to an elimination tree, and the winners will pass a gauntlet system in which the best team will pass to the main stage of the Major itself.

Of course, these are not big changes that drastically change the future of the competition, but they are important to take into account. Since each Major classification always has the same method, this will undoubtedly help viewers understand everything from the very first moment.

The Next Major Tournament

Starting with the 2023 Paris Major on Jan. 31, we are going to see the first instance of the new changes. Even though these are not big changes that drastically change the future of the competition, they are important to take into consideration.

Therefore, with it being a bit more than a month away from the first major event of the year, we will look forward to seeing a new classification method applied to the closed qualifier prior to the RMRs. 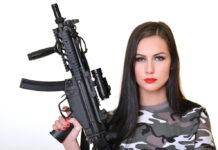