There are a few glasses that have withstood the time cycle. Maybe we can say almost a century could be a thing? That is exactly what these glasses have been through, from the time they have seen a change, and these changes have all been for a positive. Having said that, aviators and cat-eye are the ones that have been around for quite a long time now and will be here for the coming years as well. But one must definitely know that these glasses just did not climb up the pedestal of evolution just like that.

They were the vessel of a groundbreaking change and a war and that is exactly what got these glasses here right now. While wearing a piece of accessories or clothing we do not think that this might have had significance in the past. But there are stories that are untold and lie behind the cycle of time. Same thing with cat-eye and aviator sunglasses.

Here we will be extensively discussing the past, the ever enticing history of these glasses, and how they make up their journey to date. So let’s get started.

Having a typical day, filmmaker and designer Altina Schinasi went on to get herself a pair of glasses. After visiting several optical stores, Altina was dissatisfied with the unisex collection she came across. They were extremely out of taste and gave a complete owlish look when worn. In the male-dominated eyewear industry, she strongly felt the lack of women’s fashion and representation. The lack of style and glamour in the eyewear industry was rather boring and out of taste.
Inspired by the Harlequin Mask, she designed the glasses that have hinges on an uplift making the lens bend towards the uplift and it has some pretty designs on the uplift. These glasses came to be known as Harlequin glasses and later cat-eye glasses.

These glasses were designed in the late 20s, that was the time when the society was majorly male-dominated and the glasses faced a tough time.
Altina was rejected by several optical stores due to the unique design she made that would just fit the female population. These glasses were an instant style booster, a perfectly feminine and glamorous pick that would instantly lift the personality. She actually found a store that not just accepted her design but also sold them to a few high-profile women. Since then, these glasses actually gained momentum and started to be known around the place and got the charm of Hollywood as well. Yes, these were being seen widely in the movies, much when our ever-glamorous Marilyn Monroe was seen in these pretty glasses that looked absolutely stunning on
her. These glasses then started being widely used by the people, various
advertisements were run in case of these glasses, adding a feminine touch.

The glasses did go through various changes through their popular time and with that being said, there have been changes we saw for cat-eye sunglasses from going all narrow to all oversized and broad and that is exactly what these glasses have been looking for since the big and bold took over the age. The bold look was very enticing, if you want to know what bold and big cat-eye glasses would look like, just look at a few of the pictures of Jackie Kennedy and her selections of sunglasses, a style that was acclaimed and loved by many.
These soon changed with the cycle of time to more bright coloured and pop shades, yes you have entered the 90s and Y2K. Here people went all out and expressed them with colours and that actually stole the star of the era.

These glasses have seen more than what we could ever imagine and that is what we are going to read about. A desperate need for an hour led to the formation of a practical solution. A solution that benefited hundreds of aviators around the world. Used as perfect eye protection for the pilots, these sunnies were made in response to the issues faced by the pilots at high altitudes during World War. to protect from the harsh wind and strong glare from the sun, these sunnies were introduced. These sunnies had a teardrop shape that provided more wide protection to their eyes. These sunnies were made in the shade of green being that they will effectively
prevent the eyes from the sun.
After the war, these glasses became a thing, a thing that was much donned and used by celebrities. The reason these glasses are so popular is because of the photos and shots of the war that were printed in newspapers. People actually enjoyed the high hunk look these glasses offered, these were actually different from the glasses that were available before.
Aviators that were owned by Ray-Ban made a fashion statement in themselves, they were super, sleek in fact thin metal frames made it much easier to be carried around. That was the exact reason that the pilots asked for the replacement of the chunky equipment they have to wear.

The popularity of Hollywood has never been ascending and that is the best part about it. From pilots to people to celebrities, there has been a way or the other that these glasses maintained their dominance. In Top Gun where we see Tom Cruise in those black aviators, we all wished to have at least one pair and look just like him. And that is the thing about aviators: they are actually a pretty tough deal to break and are well accustomed to various situations and occasions these glasses are to be paired with.

We bet that each one of you would definitely have a pair of aviator sunglasses in their wardrobe and in no way they will be missing a chance to miss on the glasses that speak absolute style. 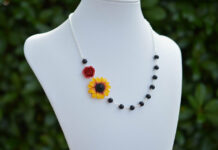 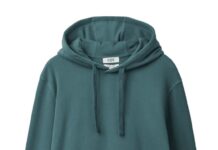 The best fashion hoodies for men in 2022 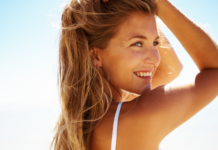 The Ultimate Guide to Safe and Affordable Spray Tanning in Austin