The cannabis plant has seen so much change in a short time. Where Indica, Sativa, and Ruderalis were the main categories, we now have hybrids, which have given rise to hundreds of strains.

Now, the world is moving towards strains to identify different plants in the marijuana family and their chemical properties.

This post will look at one of the truly unique strains known as Crazy Glue. Marijuana Doctors has a summary of what it is but let’s go further and increase your knowledge of this wonderful cannabis strain.

If you know anything about hybrids, you know they carry the best of both worlds. That would be indica and sativa influences.

As a powerful hybrid, crazy Glue is bred from Gorilla Glue and Bubba Kush, two of the most celebrated marijuana strains around.

Both parent plants are hybrids, with Gorilla Glue enjoying popularity as a high-THC sativa-dominant strain. On the other hand, Bubba Kush is nothing short of a classic indica hybrid with all of the good things that come with heavy indica strains.

As such, Crazy Glue is the offspring of a powerful indica-dominant and a sativa-dominant parent. If you’re wondering what that makes Crazy Glue.

According to a list by Askgrowers, Crazy Glue is one of the most popular marijuana strains with calming effects. A good 87% of user votes confirmed that the strain has intense calming effects.

This rare marijuana strain has a numbing high that some users find sedating. So besides helping you relax, it may put you to sleep, especially if you have a low THC tolerance.

One thing is for sure, someone struggling with insomnia would find Crazy Glue quite beneficial.

Some will say Crazy Glue is pretty mild, considering its THC content. But that largely depends on your experience and tolerance level.

The strain may not make your mind foggy, so you may be able to think and function perfectly. But it is still a pretty potent indica with a crazy couch lock experience.

You may find that you’re unable to carry on with your day right after partaking. Basically, if you don’t intend to be stuck in one place for a while, you may want to reserve Crazy Glue for the times you do.

Crazy Glue can have various flavors thanks to its extensive terpene profile. Caryophyllene is a common terpene in this strain at about 0.2%. This terpene is also found in rosemary, black pepper, basil, and many other spices and herbs. It’s why the strain tends to have a spicy and peppery aroma.

Humulene is the other terpene present in the strain, which is present in most cannabis strains and delivers strong earthy, piney, and floral aromas.

Some users report the flavor of lime, which is caused by the terpene Limonene present in a smaller percentage.

The primary reason marijuana is so popular is its therapeutic effects, and anxiety is one of the strongest areas Crazy Glue can help.

Besides the cannabinoids, which have anxiety-relieving properties, the strain contains Limonene, known to help with stress, anxiety, and depression.

But that’s not all.

Such a potent hybrid like Crazy Glue has more medicinal properties. Users have reported relief for gastrointestinal disorders, pain, fatigue, and muscle spasms.

Marijuana doesn’t usually have adverse effects unless you take it in very high doses.

Crazy Glue is one of the strains that are potent enough to give you an uncomfortable ride if you indulge excessively.

Some users, especially newbies with low tolerance, report negative effects such as headaches, dizziness, and dry eyes. You can combat these side effects by resting and staying hydrated.

Crazy Glue is one of those strains worth trying due to its balance, mellow, and potent nature. Anyone can comfortably enjoy this strain, from seasoned users to newbies.

Besides, CG is not just any other weed strain out of the shadows. It comes from two of the most celebrated strains. 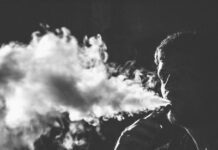 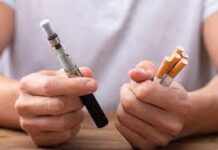 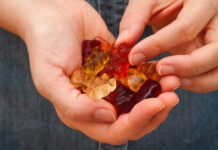