Your mental health has an impact on every facet of your life. A positive outlook can make even hard days a little easier to get through, while a depressed mood can take the joy out of the good things. Most people know that eating right, getting enough sleep and reducing occasional stress are key to emotional and mental well-being, but there are a lot of surprising things you can do to get a pick-me-up when you’re feeling down.

It is well-known that consuming probiotic-rich food or taking a probiotic food supplement can support levels of good bacteria in the gut. Many doctors instruct their patients to take probiotics for digestive issues or to combat bacterial overgrowth. But did you know that probiotics may support a positive mood?

Healthline.com reports that initial studies indicate certain strains of probiotics have the potential to support the brain. Although research is ongoing and doctors cannot yet explain why, both Lactobacillus and Bifidobacterium appear to have a positive impact on depression. Researchers posit that this is due to the connection between the digestive and nervous systems, often referred to as the gut-brain axis. You can add more probiotics to your diet with fermented foods such as sauerkraut and yogurt.

It’s become a running joke in sitcoms and popular culture that people crave large quantities of chocolate when they’re down. It turns out this isn’t an urban myth. There’s some solid science behind the idea that chocolate makes you feel better.

WebMD.com says that chocolate supports the level of serotonin in the brain. This is the same function facilitated by many of the best-known anti-depressant medications in use today. Chocolate also supports endorphins and dopamine levels, both known to produce a positive mood. Other compounds within dark chocolate cause it to have effects similar to an aphrodisiac and marijuana.

Keep Cool While You Sleep

Getting a good night’s sleep is essential to a healthy mental state. What you may not know is that the temperature of the room you sleep in is important too. Going to sleep in a cool room supports your body’s production of melatonin, the hormone that controls your sleep cycle. The optimal level of melatonin will ensure a restful and deep sleep, resulting in a positive mental state.

Additionally, keeping the temperature low while you sleep will reduce your cortisol levels. Cortisol is often called the stress hormone, and high levels in the body are linked directly to higher levels of anxiety and depression. So, getting enough sleep is important to your mental health, but keeping your bedroom temperature around 63 degrees can increase the benefits.

While the effects of consuming too much caffeine are well known, a moderate intake of coffee can positively affect both mental health. The American Psychological Association reports that not only does coffee support cognitive functioning, it helps prevent depression over time.

Coffee prevents drowsiness by affecting the levels of adenosine. Through this same process, it makes it easier to support dopamine traveling through the body. Optimized levels of dopamine lead to experiencing more motivation and pleasure. So your morning cup of coffee doesn’t just wake you up, it sets you up for a more productive and enjoyable day.

Smiling isn’t just a reaction to feelings of happiness, verywellmind.com states that it can actually create a greater sense of joy. It seems the human brain can’t tell the difference between a genuine smile and a facsimile of one. The physical act of smiling fools the brain into thinking you’ve got something to be happy about, and it responds accordingly. This connection between muscle memory and the amygdala means when it comes to smiling, faking it until you make it might actually work.

The suggestions in this article aren’t a substitute for professional help when a low mood turns to depression, but they might help a bad day take a turn for the better. So, brew yourself a cup of coffee, unwrap that piece of dark chocolate you’ve been saving and smile. It can’t hurt, and it just might help. 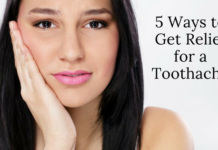 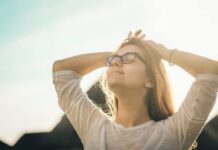 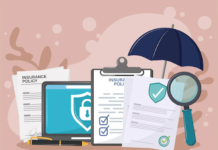 Choosing a Health Insurance Plan for Your Family

The Best Old Towns in Europe