Hollywood has produced some of the best movies during the 21st century. But what makes a film great? Is it the direction or the story? Well, for many, it is the performance of the actors. There is no craft or technique involved when it comes to executing a flawless cinematic performance. Instead, it is the actors’ ability to portray the role with an emotional depth that helps the audience connect with the character. Also, people may forget the story of the film but if they are truly impressed by the performance, they will remember it for a lifetime.

The Best Movie Performances That Stunned the World

People love classic movies like “Top Gun.” After all, such films have defined Hollywood. Good thing Cox cable packages include many entertainment channels which quite frequently show cult movies, giving the fans a chance to revisit the work of their favorite actors. Let’s now look at some of the best movie performances that stunned the world.

Tahir Rahim has done a fantastic job in the film, A Prophet. In this flick, he grows from a 19-year-old petty thief to a cunning and brutal gangster. His performance in the movie stood out and earned him a lot of praise as well. He did a great job in every scene, and at some places, he channeled the same energy as De Niro, and Pacino emanated in the famous Godfather films. This move even won him a Lumières Award under the category of “Best Actor.”

Jared Leto is one of the greatest actors on the planet. He has worked in many famous films over the course of his career including, Dallas Buyers Club, in which he played the role of a transgender woman. His performance was so spot on that he literally made the movie memorable for many. He proved just how good of an actor he is in this flick. He also won an Oscar for this performance in the movie. Apart from acting, Leto is also the lead singer of his group Thirty Seconds to Mars, with whom he has released five studio albums so far.

Lost in Translation is one of the greatest films ever to be created on the subject of ennui. Everyone cast in this flick did a remarkable job, especially Bill Murray, who made acting seem so effortless. Some of the scenes in this movie are so powerful that they will literally send chills down your spine. You will just be in awe to watch Murray in his element. He even got nominated for an Oscar for portraying the role of Bob Harris.

To be honest, cinematic gems like 4 Months, 3 Weeks, and 2 Days are not made every day. And to be in the central role of such a brilliant movie is no easy task. However, Anamaria Marinca does full justice to her character as Otilia Mihartescu. She delivered a very special performance of a kind and caring college student who supports her friend to get an illegal abortion. She won the Gopo Award under the category of “Best Actress” for her work in this flick.

Portraying the role of Chuck Noland, Tom Hanks has done an incredible job in Cast Away. In the movie, Hanks finds himself as a lone survivor of the plane crash. He gets stranded on a deserted island that is abundant with coconuts. However, Hanks is soon rescued, but his world changes drastically when he returns to his loved ones who thought he was dead. This is certainly a movie which you must watch.

And there you have it! These are some of the actors who delivered one heck of a performance in their respective movies. All of the flicks that are mentioned above are worthy of a watch. So, have you seen any one of these movies before, and if yes, then which one did you like the most? 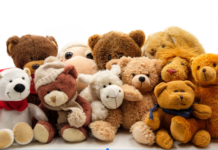