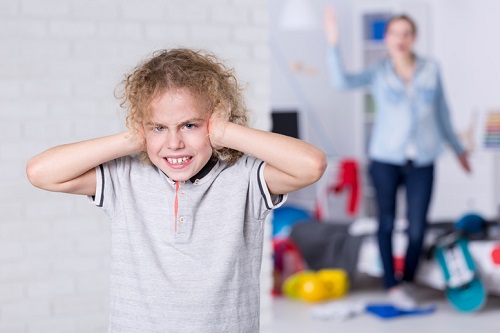 Mental health is an increasing concern in the United States and beyond. This isn’t only applicable to adults who fully understand the weight of the world. Children feel it as well. School and social schedules for children were massively interrupted due to the pandemic, and studies have shown that mental health is weighing children down as well as they try to acclimate back into the regular swing of things.

These increasing issues, such as social anxiety in teens, have risen to the surface because of the recent pandemic, but the truth is they have always been prominent. Most of the prominent psychological disorders in children and adolescents are actually very common, and shouldn’t come with a stigma.

According to Web MD, 5 million children in the United States suffer from some type of serious mental illness. Additionally, in any given year, 20 percent of American children will be diagnosed with a mental illness. Fortunately, mental health is being prioritized more than ever in the world today and is highlighted through sports, music, entertainment, and other easily consumable methods.

In this blog, we’re going to break down the five most common psychological or mental health disorders in children and teens in the United States today.

One of the most common disorders diagnosed in children and teens, those with ADHD have a hard time paying attention or controlling their energy in certain situations. This can lead to difficulty focusing or being productive. According to the National Institute of Mental Health:

Males have consistently higher rates of diagnosis for ADHD than females. This disorder is easily treated through medication, though it does depend on the case. By and large, this common disorder doesn’t significantly impact the lives of those who have it, and often it can become much more manageable or even obsolete as they move through life.

To better improve performance or limit distractions for children and teens, consider the following options:

Another commonly seen disorder in children and teens, diagnosed depression affects roughly 3.2 percent of America’s youth. This condition comes with more than just unfound sadness but can include thoughts of suicide, inactivity, lack of interest in common things and tasks, irritability, low self-esteem, and more. This can directly impact performance in school and extracurricular activities and can hijack any seemingly normal child or teenager’s daily life. Depression is often tied to things like substance abuse, changes in behavior, mood swings, and more.

Therapy and medicine can help children and teens dealing with depression. Understanding how a child or teen deals with their depression is critical. Always be sure to ask for help or ask your child or teen if they need additional help.

Anxiety in children and teens can come in many different forms, such as separation anxiety from being away from their parents or their homes. They may have social anxiety in schools and other social situations, which causes a heightened level of stress or panic. Anxiety can be addressed with medication, and because it’s such a common disorder, children all over the country suffer from anxiety in one form or another.

The pandemic didn’t help children’s development or anxiety levels either. Children missed formative years of social interaction in preschool and kindergarten, teens were forced into online schooling and different college atmospheres, etc. According to Georgetown University, by 2020, 5.6 million children had been diagnosed with anxiety problems.

Like its name suggests, having OCD means children or teens either have obsessions, compulsions, or a combination of both. This could be ensuring all their pencils are perfectly straight on their desk or biting their nails compulsively every day. It doesn’t look the same for every child or teenager.

Children could have unwanted impulses or thoughts, feel the need to say something over and over, or fall into habits that would be unthinkable to break. Children or teens either do these things to prevent things from happening, to make them feel better about a situation, or simply because they can’t do those things without extreme discomfort.

Behavior therapy and medication can help children get out of these tics or habits, but it varies depending on the case. The International OCD Foundation estimates that half a million children and teens have OCD.

This disorder is attached to children and teens that act out in social situations, such as in school with teachers and other students. This disorder usually makes itself known before age 8, and generally comes with a temper, a combative nature, excessive arguing or misbehaving, or deliberately aggravating or annoying others. In general, they have a defiant nature towards teachers, parents, etc.

Children with ODD have a hard time in school, among their peers, and at home. They don’t like following rules or listening to authority figures. They can be spiteful and blame others for their misbehavior or problems. Researchers estimate that ODD affects anywhere between 2 and 11 percent of children. The range is wide because ODD is often misdiagnosed as a conduct disorder or brushed over as a result of the child’s environment.

Therapy and medication can help a child deal with their ODD symptoms and find productive solutions to dealing with problems that are preferable to conflict.

Medications and therapy have come a long way in dealing with psychological disorders in children and teens. Help is more available than it ever was before, but often due to the expensive nature of these treatment options, the disorders are often dealt with in the home.

If this is the case in your house, make sure to educate yourself and your kids about the warning signs for these disorders, and have conversations with them about their state of mind and potential treatment options. 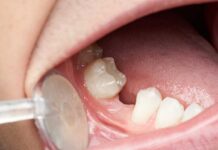 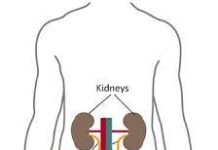 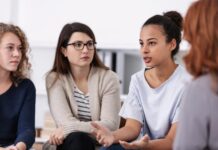