Cricket is known as a gentleman’s game, but that doesn’t stop players from throwing a few jabs at their opponents. Sledging is a cricketing practice in which players criticise or verbally intimidate their opponents in order to impair their focus.

The T20 World Cup is infamous for often evolving into a series of sledging by the batsmen or the bowlers. A lot of them make you go bonkers laughing, while some just take an ugly turn. Here are the 5 biggest sledging moments between bowlers and batsmen during the T20 World Cup.

The year 2007 will go down in Indian cricket history as the commencement of a great revolution when a youthful team led by MS Dhoni won the inaugural ICC World T20 in South Africa despite not being one of the favourites. India was engaged in various tough games during the tournament, twice defeating Australia and Pakistan on route to the victory.

2007 was also the year when India faced Australia multiple times, such as the semifinals of the T20 World Cup, which former India opener Robin Uthappa recalls as intense due to verbal volleys between the players.

The sledging between the two sets of players had become quite heated, according to Uthappa, and one of these confrontations angered Mathew Hayden, who went nearly three years without speaking with the India cricketer.

Gautam Gambhir handed it back in that game. Andrew Symonds, Mitchell Johnson, and Brad Haddin had it by Uthappa.

India was chasing a gigantic score of 208 when the incident occurred. In the second half, Kohli was in a frenzy, smashing Williams for 23 runs in the 16th over.

After the over, Kohli slammed Williams with his ‘notebook’ send-off, in which he was seen pulling a virtual notepad from his pocket and striking off the victim’s name. It was apparently revenge for what Williams did following Kohli’s dismissal in Jamaica in 2017.

When two high-profile teams compete against one other, disputes are certain to arise, and India against Pakistan is no exception. Ishant Sharma and Kamran Akmal were both engaged in a T20 match in 2012. Akmal was caught on a no-ball and beaten on the next ball.

The two got into a squabble, which was quickly diffused by the presence of other players before escalating into an ugly brawl. After the battle, the two shared grins as they worked out their differences. Despite the fact that both players were punished for their on-field sledging, it appeared like Ishant was the more dominant player.

In this squabble, it was really Stuart Broad and the entire England squad that suffered as a result of Yuvi and Flintoff’s argument. Flintoff, who came to criticise Yuvi and make him feel bad about himself, reportedly told Yuvraj that his shots were absurd and lacked elegance or power!

Yuvi retaliated by abusing Flintoff, who threatened to slice his neck, to which Yuvi answered, “You know this bat in my hand, You know where I’m going to strike you with this?” The verbal sparring went on until Stuart Broad entered the sixth over when Yuvraj handed him and the England team their worst fear in a high-intensity world cup match by blasting Broad for six sixes in one over!

During England’s chase, all-rounder Washington Sundar got into a heated argument with England batsman Jonny Bairstow. After Dawid Malan chipped a delivery from Sundar, the latter went for a catch on his follow-through, the event occurred in the 14th over.

The all-rounder was unable to grasp the ball, which struck Bairstow in the helmet as he attempted to return to the crease.

Sundar was irritated by the squandered opportunity and had a few words with Bairstow. Viewers saw some colourful English words flying out of the stadium!

Cricket is one of the few sports in which it is acceptable to take a jab at the opponent. Sledging a batsman is considered very regular. Expect a little chirping in your ear from the opposition if you come up to the crease on the weekend. Thinking of Dream11 predictions turned up in such matches, any player with anger like Yuvraj Singh can change the match for you.

When you’re batting, it might feel lonely, as if you are up against the world. Sledging may not appear to be a gentlemanly way to act if you are new to cricket, but it has been a part of the game for as long as anybody can remember. It is a sport of the mind. 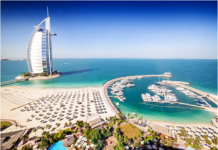 Record holder based on scored goals in Primera: Andoni Zubizarreta 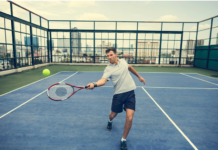 How To Choose A Tennis Coach